Lack Of Knowledge As A Defense In Peoria, Illinois Child Pornography Cases 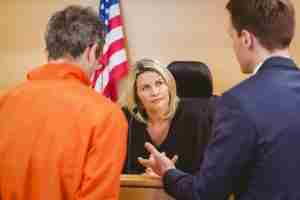 This is the next post in a series of articles discussing defending against child pornography cases in Peoria, Illinois. My previous article addressed potential state and federal penalties applicable to such offenses. Whether a case is prosecuted in Illinois or the federal system, those convicted face life-altering consequences, including significant jail time, fines, and sex offender registration requirements. It is possible to defend oneself against child pornography charges in many cases. In this post, I will discuss how the defendant’s lack of knowledge can establish their innocence. If you have been accused of violating child pornography laws, it is imperative that you contact experienced criminal defense counsel as soon as possible to represent your interests. If you need assistance, contact my office today to speak with an attorney.

Consider the following example. A 21-year-old male has a few drinks at a bar near his college campus. He meets a woman, also drinking at the bar and claiming to attend the same school. He sees her produce a seemingly valid drivers’ license when she purchases her drink. The two begin dating and occasionally exchange racy pictures of themselves via text messages. He shares some of the pictures of her with his fraternity brothers. A few weeks later, he is arrested and accused of soliciting a minor, disseminating, and possessing child pornography. Law enforcement officers inform him that his girlfriend was actually a 17-year-old high school junior with a fake ID. After consulting with his attorney, he is able to demonstrate to the prosecutor that he was unaware of her true age, relying upon their conversations about her college attendance and having seen her false drivers’ license. The prosecutor elects to drop the charges against him, therefore avoiding potentially devastating criminal penalties. The outcome of any arrest or case will depend upon the specific facts of each situation. An experienced attorney can help you understand your defense options.

My firm is dedicated to helping Peoria residents defend themselves against criminal charges and I am ready to assist you. In addition to Peoria, I serve clients in the cities of Bloomington, Eureka, Galesburg, Morton, Normal, Pekin, Springfield, and Washington. I also serve the counties of Fulton, Knox, LaSalle, Marshall, Mason, McLean, Putnam, Rock Island, Schuyler, Stark, Tazewell, and Woodford.