The Possibility Of A Peoria, Illinois Juvenile Being Tried As An Adult 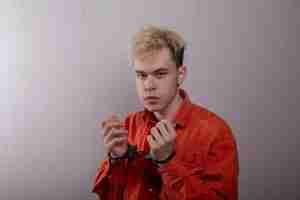 This is the next post in a series of articles discussing defending against juvenile criminal charges in Peoria, Illinois. My previous article discussed theft charges against minors. While the juvenile criminal system gives judges and prosecutors the ability to be flexible in their approach to trying and punishing kids who have been charged with theft, the penalties for a conviction can still be serious. Juveniles receive the same protection under the Fourth and Fifth Amendments of the Constitution as adults. If law enforcement violates those rights or other defenses against the charges exists, it may be possible to successfully challenge the prosecution. It is essential, therefore, to retain a defense attorney who will aggressively defend against charges brought in juvenile court. In this post, I will address situations in which a minor may be tried as an adult in Illinois. If you need assistance, contact my office as soon as possible to speak with a criminal lawyer.

As we have discussed throughout this series, kids 17 and under generally face prosecution for their alleged crimes in the juvenile court system. In some cases, however, it is possible for a child to be transferred to the adult justice system and be tried as an adult. Under Illinois law, any child who is 16 or 17 who commits homicide, sexual assault, or uses a gun to commit aggravated battery, will automatically be charged as an addult. If a child is under the age of 16 and is accused of one of the aforementioned crimes or other serious crimes, the juvenile prosecutor may request that the case be transferred from juvenile court to adult court. In such cases, both the prosecutor and the defense attorney will have the opportunity to make arguments for and against the transfer to the juvenile court Judge, who has the ultimate decision-making authority. In discretionary transfer cases, the Judge may consider several factors including the mental capacity of the juvenile, seriousness of the alleged crime, the child’s criminal history, or other relevant facts and circumstances presented by the prosecution and defense. If tried as an adult, the defendant will lose the benefit of the flexibility granted to the juvenile court and be subjected to the same rules and procedures applicable to adult criminal cases. If convicted in adult court, the child will face the same penalties as adults who are found guilty of the same crime.

For obvious reasons, keeping a case in the juvenile court system is advantageous to the accused. I can not overstate the importance of retaining an experienced defense attorney as soon as a child has been arrested to help avoid any transfer to the adult system if at all possible. Consider the following example. Johnny, a 15-year-old high school sophomore, is repeatedly bullied by a gang of boys at school. On several occasions, members of the gang brandish guns at Johnny and act as if they might shoot him. Out of fear for his safety, he takes a gun kept in his family home in case he needs to defend himself from the bullies. A few days later, they approach him after school and pull their guns. Johnny draws his gun in self-defense, which accidentally fires and severely injures another kid. He is arrested and faces aggravated battery charges. If he was 16, his case would have automatically been transferred to the adult system for review. Because he is 15 and placed in the juvenile system, the prosecutor may request that his case be transferred to adult court. By retaining an attorney experienced in such matters right away, Johnny’s self-defense argument may not only prevent him from being tried as an adult, but may also exonerate him from the aggravated assault charge. How a Judge will rule in any given case will be dependent upon the specific facts of each situation.

I am a former prosecutor with extensive criminal defense experience in the juvenile and adult criminal justice systems. My office is ready to assist you. In addition to Peoria, we also serve clients in Bloomington, Decatur, Eureka, Galesburg, Morton, Normal, Pekin, Springfield, and Washington and the counties of Fulton, Knox, LaSalle, Marshall, Mason, McLean, Putnam, Rock Island, Schuyler, Stark, Tazewell, and Woodford. Areas where we handle federal cases include Peoria, Springfield, Champaign, and Rock Island.