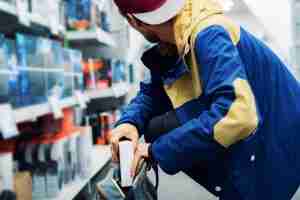 This is the next post in a series of articles discussing defending juveniles against criminal charges in Peoria, Illinois. My previous post addressed juvenile assault and battery charges and possible defense strategies in such cases. When kids get into fights, either individually or in groups, it is not hard to imagine a situation in which one or more of those involved are charged with assault and battery. In many cases, one may have been acting in self-defense or defending another from harm, but falsely identified as the initial aggressor. Furthermore, if law enforcement fails to provide the required Miranda warnings or otherwise violates the child’s Constitutional rights in connection with the arrest, it may be possible to exclude wrongfully obtained evidence from the case. An experienced criminal defense attorney will review your child’s case and help identify potential defenses against the charges. In this article, I will discuss defending against juvenile theft charges. If you or a loved one needs assistance, contact my office as soon as possible to speak with a lawyer.

Theft (or larceny) occurs when one person takes or exerts control over the property of another. Theft, particularly retail theft, is one of the most commonly charged crimes in the juvenile law system. Generally speaking, the punishment for one convicted of theft depends upon the value of the stolen item or items. In the adult system, for instance, a person who steals something valued at below $500 will face a Class A misdemeanor charge and the associated punishment. For items valued above $500, the accused will face a Class 4 felony. Punishments increase as the value of the stolen goods increase. Unlike the adult system, the juvenile system is designed to rehabilitate the offenders and discourage them from committing future crimes. There is not, therefore, a standardized approach to penalties for juvenile theft. In some cases, a child may receive probation and community service. In others, prosecutors may seek stiffer penalties. Similar to the adult system, the more serious the offense, the more serious the potential punishment.

When a juvenile has been accused of theft, it is important to evaluate all possible defenses and extenuating circumstances that may have existed at the time of the alleged offense. For instance, did the child act on a dare or because they had been threatened by a third party to take the item(s) in question? Did the police violate any of the child’s rights, such as their Fourth Amendment rights against illegal searches and seizures, when they seized evidence from the child in connection with the alleged crime? Did law enforcement provide the juvenile with their Miranda warnings once they were in custody and being interrogated? Is there security video of the event showing that a third party may have actually been the guilty party? The existence of some or all of these facts or circumstances could help exonerate the child or mitigate their potential punishment in juvenile court. An experienced attorney will conduct a thorough investigation into the case to ascertain what defenses and relevant facts exist and vigorously defend the accused on such bases.

As a former prosecutor, I understand how to navigate the juvenile justice system on behalf of the accused. My Peoria office is ready to assist you today. We also serve clients in Bloomington, Decatur, Eureka, Galesburg, Morton, Normal, Pekin, Springfield, and Washington and the counties of Fulton, Knox, LaSalle, Marshall, Mason, McLean, Putnam, Rock Island, Schuyler, Stark, Tazewell, and Woodford. Areas where we handle federal cases include Peoria, Springfield, Champaign, and Rock Island.