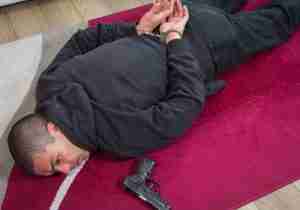 This is the next post in my series discussing Peoria, Illinois criminal charges involving juveniles. My last article discussed how Courts address juveniles who face drug-related charges. While juvenile criminal cases are considered “civil” versus “criminal” in nature, the consequences of being found guilty of drug-charges can be serious. Depending upon the seriousness of the offense, the child’s prior criminal history, or whether other criminal activity was involved, a youth may be required to attend counseling or rehabilitation or may face incarceration. It is imperative, therefore, to retain an attorney experienced in such matters to defend against juvenile drug charges. In this article, I will discuss defending against gun charges against a juvenile. If your child has been arrested, contact my office today to speak with a lawyer.

Generally speaking, juvenile cases in which the youth is accused of committing a violent crime are treated more harshly than non-violent criminal activity. As discussed in my series related to the juvenile system in general, it is the goal of the juvenile courts to redirect children to a better path and prevent them from committing crimes in the future. This often involves treatment options such as therapy, anger management, rehab, or probation. When a child is arrested for a crime involving a firearm, however, the likelihood of more severe punishment, including incarceration, increases. This is particularly true if the weapon was used in the commission of another crime, such as assault or robbery. Such crimes are typically felony level charges and, if serious enough, the juvenile could be placed in a detention facility while under the age of 18 and transferred to an adult facility later to complete their sentence. Under extreme circumstances, the youth may even be charged as an adult and, if found guilty, face penalties applicable in the adult criminal system.

It is important to remember that despite the differences between the juvenile and adult criminal justice systems, young people are entitled to defend themselves against gun charges. Common defenses include self-defense, protections against illegal searches and seizures, Fifth Amendment rights against self-incrimination, and protection against overly suggestive eyewitness identifications. For example, a teen is accused of participating in an armed robbery of a neighbor. The victim reports that the robber was wearing a mask at the time and is unable to identify the accused, however, another neighbor claims to have seen the youth walking down the street near the scene of the crime on the night of the robbery. The police ask the eyewitness to identify the accused in an overly suggestive lineup in which the suspect is the only person closely resembling the neighbor’s description. The police detain the youth for questioning and fail to inform him of his Miranda rights. They interview him for several hours employing tactics that eventually elicit an admission of involvement. It may be possible to exclude statements obtained in violation of his Miranda rights and the eyewitness identification from the case. Depending upon the specific facts and other evidence available, exclusion of such evidence may lead to the dismissal of the charges. Such defenses can be complicated and will be highly dependent on the entirety of the circumstances involved.

Retaining an experienced defense attorney can help ensure that all defense strategies are explored and identified on the juvenile’s behalf. As a former prosecutor, I understand how to navigate the criminal system and protect the rights of the accused. If you need assistance, contact my office to speak with a Peoria criminal lawyer. We also serve clients in Bloomington, Decatur, Eureka, Galesburg, Morton, Normal, Pekin, Springfield, and Washington and the counties of Fulton, Knox, LaSalle, Marshall, Mason, McLean, Putnam, Rock Island, Schuyler, Stark, Tazewell, and Woodford. Areas where we handle federal cases include Peoria, Springfield, Champaign, and Rock Island.