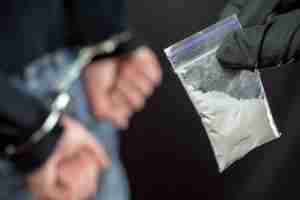 This is the next post in a series of articles discussing defending against juvenile criminal charges in Peoria, Illinois. My previous post provided an overview of the topics to be discussed throughout the series. It also emphasized the importance of retaining an attorney with experience representing minors who have been charged with a crime. Doing so can help ensure that your child’s legal rights are protected throughout the process. A lawyer who understands how to work with juvenile prosecutors can advocate on the child’s behalf and help to mitigate the potential consequences of a finding that the juvenile is delinquent. In this article, I will specifically address juvenile drug-related charges. If you need assistance, contact my office as soon as possible to speak with an attorney.

When a minor is arrested for possessing marijuana, narcotics, or other controlled substances such as prescription medication, they will most likely find themselves in the juvenile criminal system. In Illinois, like other states, the primary goal of the juvenile system is to rehabilitate the child versus punishing them for the offense. Unlike the adult criminal system, the prosecutor and judge have wider discretion in determining the consequences that may apply to a juvenile who is adjudicated delinquent. Kids are often required to undergo therapy or rehab as opposed to being incarcerated for such actions. The ultimate determination will be based on a variety of factors, including the seriousness of the offense, whether the child has been previously charged with drug-related offenses, their performance in school, community involvement, etc. For instance, a first-time offender accused of marijuana possession may be treated less harshly than a repeat offender accused of trafficking heroin to other kids. The outcome of any case will be based on the specific facts and circumstances of each situation.

It is important to understand that juveniles, like adults, are still afforded the protections provided by the US Constitution, including the Fourth Amendment prohibition against illegal searches and seizures and the Fifth Amendment’s right to remain silent when in police custody. It is not uncommon, particularly in drug-related cases, for law enforcement to violate these rights. When this occurs, it may be possible to have the illegally seized evidence or self-incriminating statements excluded from the case. For example, if the child is pulled over for speeding and the officer, without probable cause, pats the child down and finds drug paraphernalia in their pockets, a Fourth Amendment violation may exist. If a child is accused of distributing drugs at school and is subjected to questioning by police without first being given their Miranda warnings, their statements may have been obtained in violation of the Fifth Amendment. Depending upon what other evidence against the child exists, excluding such items may result in the dismissal of charges entirely. It should be noted that the availability of these defenses is highly fact-specific and they may not apply under certain circumstances.

I cannot stress enough the need to contact an experienced attorney immediately if your family finds itself in such a situation. Your child’s lawyer may identify such violations and file a Motion with the Court to exclude such evidence from the case. If your child is facing drug charges, contact my Peoria office to speak with a lawyer. We also serve clients in Bloomington, Decatur, Eureka, Galesburg, Morton, Normal, Pekin, Springfield, and Washington and the counties of Fulton, Knox, LaSalle, Marshall, Mason, McLean, Putnam, Rock Island, Schuyler, Stark, Tazewell, and Woodford. Areas where we handle federal cases include Peoria, Springfield, Champaign, and Rock Island.