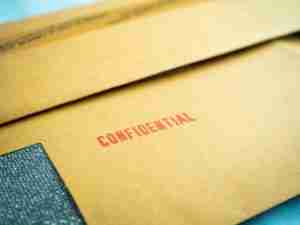 This is the next post in my series on a recent expansion of the eligibility to seal an Illinois criminal record. My last article discussed the history behind Illinois’ recent change to its record sealing laws. One of the benefits of the recent change in the law is that it will allow those who have done their time to have a greater chance of re-entering the workforce. Given the changing nature of our state’s economy, this will be of great benefit. In this article I will discuss how the new law has impacted eligibility for the clearing of a criminal history. If you require assistance then contact my office today to speak with an Peoria record sealing attorney. My office is able to handle such matters for as low as $499 plus court costs.

Illinois Public Act 100-284 allows for the sealing of criminal records unless they fall into one of several categories. Matters which will generally not be eligible for sealing include:

There are also other types of convictions which would also not be eligible for sealing. It is important to understand, however, that a great number of people will now be eligible to clear their history after previously being unable to do so.

The time frame in which one can seal their record will depend on how long it has been since they completed their sentence. A sentence will be considered “completed” after a defendant has either been successfully discharged from probation or they have fully served their jail or prison term. How long one will have to wait, after the completion of their sentence, to seal their record will depend on the nature of their conviction. Eligibility can range from being possible within two years of sentence completion but, in some cases, defendants may have to wait for up to twenty-five years. Discussing the matter with an experienced criminal defense attorney can help you to fully understand your options.

Contact my office today to speak with a Peoria lawyer. I am a former prosecutor and am experienced in the process of clearing criminal histories. I believe that everyone is entitled to a second chance and my office is ready to assist you. I also service the cities of Bloomington, Eureka, Galesburg, Morton, Normal, Pekin, Springfield, and Washington. I serve the counties of Fulton, Knox, LaSalle, Marshall, Mason, McLean, Putnam, Rock Island, Schuyler, Stark, Tazewell, and Woodford.