Ignoring A Summons For A Misdemeanor Charge Can Lead To Arrest In Peoria, Illinois 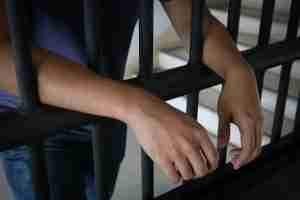 This is the next post in a series of articles discussing the importance of taking misdemeanor charges seriously in Peoria, Illinois. My previous post discussed how subsequent criminal charges may be elevated if the offender has been convicted of one or more misdemeanors in the past. Offenses such as DUI, domestic violence, and theft, for instance may be treated as misdemeanors for a first-time offender but additional charges may receive heightened punishments or be charged as felonies. In this article, I will address the need to respond promptly if you receive a summons to Court related to a misdemeanor charge. It is important to defend oneself against criminal charges of any nature. An experienced attorney can explain your rights and assist you in the process. If you have been charged with a misdemeanor, contact my office today to speak with a lawyer.

Depending upon the nature of the criminal activity giving rise to a misdemeanor charge, law enforcement may or may not immediately arrest you or issue a warrant for your arrest. Instead, for lower level offenses, a Judge may issue a summons to the accused requiring them to appear in Court. Similar to a traffic ticket, which may require the recipient to attend a hearing on a specified date and time to resolve the matter, it is imperative to respond appropriately after receiving a summons. The consequences of not responding depend upon the underlying charge. In some instances, the Court may issue a default judgement against you and require you to pay a fine. In more serious cases, a warrant for your arrest may be issued.

An outstanding arrest warrant authorizes the police to take the subject into custody at any time. If, for instance, the accused is stopped for a routine traffic issue, the police can arrest them immediately if a warrant is outstanding. Records of arrest may become part of one’s criminal history even if they are not ultimately convicted of the crime. Depending upon the underlying charge, the state may suspend one’s driver’s license until the matter has been resolved. If a person is found driving with a suspended license, they may be charged with additional offenses. The individual may be prevented from traveling on an airline, subjected to additional fines, or receive a harsher penalty than they may have otherwise received had they responded within the parameters of the original summons.

Whether you have inadvertently missed a Court date or deliberately skipped your Court appearance, it is important to handle your noncompliance quickly to avoid additional negative consequences. An attorney can often assist in resolving this issue by discussing the matter with the prosecuting attorney on your behalf. As a former prosecutor, I understand how to navigate the criminal justice system on your behalf. Contact my office today to speak to a Peoria attorney. We also serve clients in Bloomington, Decatur, Eureka, Galesburg, Morton, Normal, Pekin, Springfield, and Washington and the counties of Fulton, Knox, LaSalle, Marshall, Mason, McLean, Putnam, Rock Island, Schuyler, Stark, Tazewell, and Woodford. Areas where we handle federal cases include Peoria, Springfield, Champaign, and Rock Island.