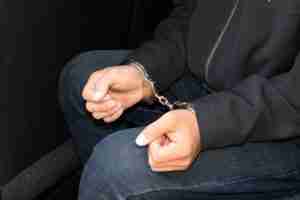 This is the first post in a series which will deal with the handling of Peoria, Illinois criminal cases which involve juveniles. I feel it is necessary to address this topic due to the fact that there are many differences between the adult system and the process which a minor faces. These differences can leave a parent unsure as to what will come next. The goal of my next several posts is to help families know what it is they should expect from the process and to provide information which will be useful in selecting an attorney. If you need assistance then contact my office today to speak with a lawyer.

I will be addressing multiple issues over my coming articles. Matters which I will analyze include:

These are important issues to understand for both parents and the accused youth. First, while juvenile cases are considered “civil” and not “criminal” in nature, the fact of the matter is that they more closely resemble the latter. Judges are also given far more latitude in juvenile matters. Second, dealing with prosecutors in juvenile cases can be very different as the goal of such matters is to put the youth on a right path and not necessarily to punish him or her. Finally, the process can seem much more informal than what is found in the adult system and it is important that the matter be navigated properly.

It is important that you retain a criminal defense attorney experienced in handling juvenile matters. Lawyers who are unfamiliar with the process may not be aware of the extent to which a Juvenile Court Judge has broader discretion or the fact there are many other differences in the process. I am a former prosecutor who believes that everyone is entitled to a strong defense. Contact my Peoria office today to schedule an initial consultation. I also service the cities of Bloomington, Eureka, Galesburg, Morton, Normal, Pekin, Springfield, and Washington. I also serve the counties of Fulton, Knox, LaSalle, Marshall, Mason, McLean, Putnam, Rock Island, Schuyler, Stark, Tazewell, and Woodford. I also handle federal cases in Urbana.