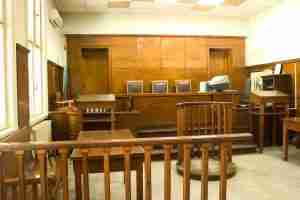 This is the last post in a series of articles discussing defending against criminal fraud charges in Peoria, Illinois. My previous post discussed common scenarios in which such charges arise. There are countless ways a person may commit criminal fraud, including making false statements to obtain state benefits, insurance fraud, identity theft, etc. It is imperative to take such accusations seriously and vigorously defend against such charges. Fraud convictions carry significant criminal penalties, including fines and imprisonment. A criminal defense lawyer can help ensure that your rights are protected and that all possible defenses are presented on your behalf. If you have been charged with fraud, contact my office to speak with an attorney.

This series addressed the topics listed below:

I felt it was important to discuss these subjects for several reasons. First, fraud can be distinguished from ordinary theft because it requires intentionally deceiving a victim for purposes of financial or other gain. Illinois law prohibits several specific categories of fraud, the penalties for which are dependent upon the type of deceptive practice and value of the goods or benefits that were misappropriated. Second, because of the types of activities that often lead to fraud charges, such cases are particularly susceptible to Fourth Amendment challenges. Evidence obtained in violation of the Constitutional requirements may be excluded from the prosecution’s case and, in some cases, may lead to the dismissal of charges altogether. Third, this series has focused on criminal fraud. It is important to understand the distinction between fraud as a criminal offense versus a private action by a victim to recover damages from a defendant in a civil case. Fourth, fraud can be committed in countless ways. Reviewing common situations that may lead to fraud charges can help explain the broad nature of the offense.

As a former prosecutor, I understand that fraud is taken seriously by police and the prosecutor’s office. Therefore, it is imperative to retain experienced criminal defense counsel to represent your interests if you have been accused. My office is ready to assist you. In addition to Peoria, we also serve clients in Bloomington, Decatur, Eureka, Galesburg, Morton, Normal, Pekin, Springfield, and Washington and the counties of Fulton, Knox, LaSalle, Marshall, Mason, McLean, Putnam, Rock Island, Schuyler, Stark, Tazewell, and Woodford. Additional areas where we handle federal cases include Benton, Chicago, East St. Louis, Springfield, and Urbana.