Defending Against Felony Charges Involving A Firearm In Peoria, Illinois 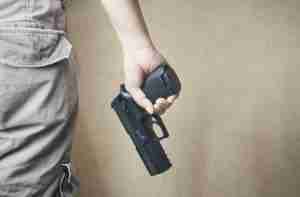 This is the next post in a series of articles discussing defending against specific types of felony charges in Peoria, Illinois. My previous post addressed felony assault and battery charges. Such cases commonly hinge on establishing that the accused was acting in self-defense or was arrested due to mistaken or overly suggestive eyewitness identifications. Understanding how to prove these theories in Court can be a difficult task for inexperienced attorneys. In light of the potentially severe penalties imposed upon those convicted of felony assault and battery, it is imperative to retain a criminal defense lawyer with the skills necessary to defend your rights. In this post, I will address defending against gun-related felony charges. If you have been arrested, contact my office as soon as possible to speak with an attorney.

Gun violence is a serious issue in the state of Illinois and, for obvious reasons, offenders are aggressively prosecuted. Those who commit a crime involving a gun will typically be charged with a felony and potentially face jail time, fines, and the consequences of having a felony conviction on their permanent criminal record. It is possible to defend against such charges in many cases. For instance, firearm-related offenses may involve issues such as a mistaken eyewitness identification or the weapon being illegally seized by police. Under these circumstances, one’s defense lawyer may have the opportunity to seek to prevent incriminating evidence from being used against the defendant in Court proceedings due to law enforcement’s violations of their rights. Charges may also stem from situations in which the accused was acting in self-defense. If so, one’s attorney must demonstrate to a jury that the defendant was not the initial aggressor.

Consider the following example. An individual is pulled over by the police for speeding in a routine traffic stop. The officers smell what they believe to be alcohol on the driver’s breath when they approach the vehicle. They perform a sobriety test, determine that the driver is impaired, and place him under arrest. After searching the interior of the vehicle, they do not find any evidence of other criminal activity. They then proceed to open the driver’s trunk and search through its contents, eventually locating a firearm stored in a bag. The driver is charged with felony gun possession. Pursuant to the Fourth Amendment to the Constitution, law enforcement must generally obtain a warrant before conducting a search of one’s vehicle in connection with a traffic stop. Under these circumstances, therefore, the defendant’s attorney may argue that the firearm was discovered in violation of the defendant’s rights against illegal searches and seizures. If successful, the fact that the firearm was found may be excluded from evidence and result in the dismissal of the gun possession charge entirely. How the Court will rule on such matters will depend on the specific facts of each case.

If you are charged with a gun crime then you are likely facing serious felony charges. I am a former prosecutor with over twenty years of legal experience and devote my practice to defending the rights of the accused. If you need assistance, contact my Peoria office today to speak with an attorney. In addition to Peoria, we also serve clients in Bloomington, Decatur, Eureka, Galesburg, Morton, Normal, Pekin, Springfield, and Washington and the counties of Fulton, Knox, LaSalle, Marshall, Mason, McLean, Putnam, Rock Island, Schuyler, Stark, Tazewell, and Woodford. Areas where we handle federal cases include Peoria, Springfield, Champaign, and Rock Island.