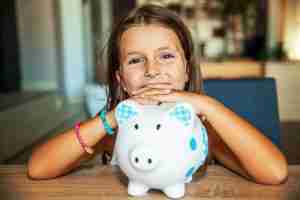 This is the next post in my series on dealing with unpaid child support in Peoria, Illinois. My last article discussed why fathers should immediately modify support after losing their job. It is important to understand that the Court’s current order will remain in effect until the Judge modifies it. This means that your obligations will not change even if your income has gone down. In this article I will discuss another important point – the fact that dads should not resort to “self-help” when it comes to their payments. If you need to file for a child support modification then call my office today to speak with a lawyer.

There are many instances in which a father may feel that he cannot pay his child support. His hours at work may have been reduced, he may be supporting other children, or he may be off work due to medical issues. In such circumstances it is common for a dad to pay an amount he can afford as opposed to what he has been ordered to pay. Unfortunately, as we discussed in our last article, such conduct would constitute a violation of the Court’s orders. This can result in a father being held in contempt of court. The penalties for contempt can include jail time, fines, and having to pay the opposing party’s legal fees. Also, a dad will continue to owe the unpaid support upon their release from incarceration. For obvious reasons, it is important to avoid these consequences.

If you are unable to make your payments then the appropriate action is to file a Motion to Modify Child Support rather than simply paying a reduced amount. The Courts will often modify support retroactively back to the date on which the Motion was filed. This means, for example, that if you file your request on December 1st, and the matter is not decided until March 31st, then the Court would only require a reduced amount for January, February, and March. As long as you provide adequate proof of your current income levels, and the Court does not find that you are underemployed, there is a good chance that the Court will grant the request for a modification.

It is understandable that one may simply ignore the problem if they are unable to make their child support payments. It is important to realize, however, that there are consequences associated with falling behind on one’s obligations. If you need assistance then contact my office to speak with a Peoria, Illinois fathers’ rights attorney. I also serve the counties of Fulton, Knox, LaSalle, Marshall, Mason, McLean, Putnam, Rock Island, Schuyler, Stark, Tazewell, and Woodford.