How A Peoria Father May Win Unsupervised Visits With His Child 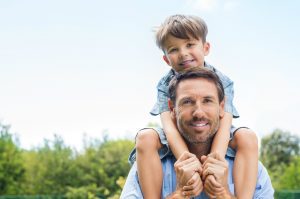 This is the next post in my series on Peoria, Illinois child custody cases which involve supervised visitation. My last article discussed the process of requesting that a parent’s visits be supervised. The Court will often hear such requests quickly as these types of cases typically involve an emergency situation. If the Court finds that a credible threat exists then the Judge is likely to take immediate action. A trial date will be set in order to determine a more permanent situation. The process of handling such a case is complicated and it is important that one speak with a  child custody lawyer as soon as possible. In this article I will discuss another important topic – how a father can win unsupervised visitation with his child. If you require assistance then contact my office today to speak with an attorney.

There are some situations where, for obvious reasons, a Court will be reluctant to award unsupervised visitation. These include instances in which a parent has sexually abused a child, has engaged in physical abuse, or other such situations.

It is important that a father show that he has overall stability when he is requesting that the court lift an order of supervision. This means that a dad must show that he has a living situation that is suitable to the presence of a child, that the refrigerator will contain adequate food for the child, and other such circumstances. The better the picture one paints then the more likely the Court is to rule in their favor.

If you are attempting to win unsupervised visitation with your child then contact my office today to speak with a Peoria fathers’ rights lawyer. I am a former prosecutor who believes that everyone is entitled to the highest level of representation. I pride myself on providing quality service and my office is ready to assist you. Contact us today to speak with an attorney. I also service the cities of Bloomington, Eureka, Galesburg, Morton, Normal, Pekin, Springfield, and Washington. I also serve the counties of Fulton, Knox, LaSalle, Marshall, Mason, McLean, Putnam, Rock Island, Schuyler, Stark, Tazewell, and Woodford.