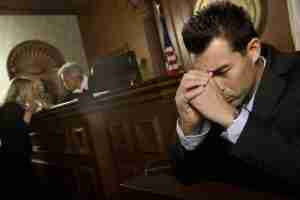 This is the next post in my series on the handling of Peoria, Illinois cases involving charges of rape or sexual assault. My last article discussed the importance of search and seizure issues in sexual assault cases. More often than many realize, the prosecution may seek to introduce evidence which was illegally obtained by law enforcement. If the evidence was obtained through a violation of the defendant’s rights, then it may be possible to exclude the evidence from trial. Such an exclusion, depending on the circumstances, may result in a dismissal of the charges. It is important that you speak with a criminal defense attorney if you believe that your rights have been violated. In this article I will discuss a topic which, unfortunately, does arise – the need to defend against false charges. If you require assistance the contact my office today to speak with a lawyer.

I have previously written on the need to defend against false domestic violence claims. Some of the issues that I discussed in that article can also arise in cases involving sexual assault. There are instances in which one may file a false police report in an effort to gain leverage in divorce or child custody proceedings. There are also times where one may file false charges solely for the purpose of “getting even” with an ex. Unfortunately, defendants sometimes make the mistake of not taking such charges seriously. These people are quickly surprised when they learn the extent to which prosecutors will aggressively pursue charges. By giving such matters the attention they deserve, from the outset, one can make sure that their rights are protected throughout the process.

There are several steps which an experienced attorney can take to help you defend against false charges. First, counsel can interview witnesses who have interacted with the alleged victim, both before and after the incident allegedly occurred. This can help to uncover behaviors of the victim which are inconsistent with someone who had just been assaulted. Second, counsel can introduce evidence of motivations which may cause the alleged victim to lie. Such evidence can include correspondence between the parties, phone records, as well as Court pleadings from any pending Family Court proceedings. The type of evidence which is going to be relevant in your case will always depend on the specific facts of the situation.

If you or a loved one have been arrested on false rape or sexual assault charges then it is important that you speak with a criminal defense lawyer immediately. I am a former prosecutor who is familiar with our local court system and I believe that everyone is entitled to the highest levels of representation and respect. Contact my office today to schedule an initial consultation. I also service the cities of Bloomington, Eureka, Galesburg, Morton, Normal, Pekin, Springfield, and Washington. I also serve the counties of Fulton, Knox, LaSalle, Marshall, Mason, McLean, Putnam, Rock Island, Schuyler, Stark, Tazewell, and Woodford.