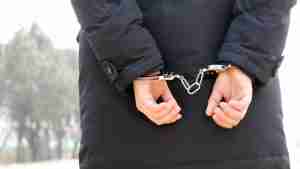 This is the next post in a series of articles discussing defending against solicitation charges in Peoria, Illinois. My previous post addressed criminal penalties and other consequences of solicitation convictions. One such consequence is the creation of a criminal record for the arrest, charge, or conviction for solicitation. In this post, I will discuss when it is possible to expunge a criminal record and the benefits related to expungement. It is imperative to contact an attorney as soon as possible after an arrest to help protect your rights. If you or a loved one has been charged, then contact my office today to speak with a lawyer.

Under Illinois law, it is possible to expunge, or erase, certain history from one’s criminal record. When a record is expunged, it is as if the incident never happened in the eyes of the law. In the context of solicitation, if someone is arrested, but never convicted of the offense, he may have the arrest and charges expunged from his records. It is also possible to expunge a conviction that has been reversed, vacated, or pardoned. Many people do not realize that if they are arrested on suspicion of a crime, the arrest itself becomes a part of their permanent criminal record. Further, if the person is charged with an offense following the arrest, the charge is also recorded. If the person is not ultimately convicted of the offense, the arrest and charge remain a part of the record. In these instances, expunging the record to remove the solicitation arrest and charge would be in the best interest of the accused.

If eligible for expungement, a person should pursue the option as quickly as possible. Criminal records are public information and, for obvious reasons, solicitation related activity can be potentially damaging to one’s reputation. Information found during a criminal background check may negatively impact one’s ability to seek or retain employment. Successfully expunging the information from the record will keep the information from appearing on a background investigation and therefore removes that potential barrier from being employed. Engaging an attorney with experience in the expungement process can help you understand your options and will ensure that the matter is handled quickly and efficiently.

I am a Peoria expungement attorney and my office handles these matters for as low as $499. Contact my office today to speak to a lawyer. We also service the cities of Bloomington, Decatur, Eureka, Galesburg, Morton, Normal, Pekin, Springfield, and Washington. We also serve the counties of Fulton, Knox, LaSalle, Marshall, Mason, McLean, Putnam, Rock Island, Schuyler, Stark, Tazewell, and Woodford.