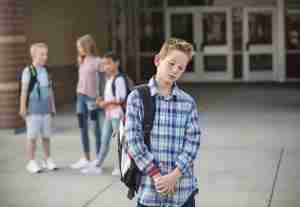 This is the final post in a series of articles addressing specific circumstances in which a father may seek an emergency change in a child custody order in Peoria, Illinois. My previous post discussed when child neglect may be considered an emergency for purposes of changing custody. The goal of this series has been to provide in-depth information about different situations that the Illinois courts may consider urgent enough to justify a revision to a previous custody order. As always, if you believe your child may be in imminent danger, contact the police immediately. If you need assistance seeking an emergency modification to a custody order, contact my office as soon as possible to speak with an experienced fathers’ rights attorney.

This series focused on the following topics:

I felt it was important to discuss these subjects for a variety of reasons. First, a co-parent’s drug use can cause serious concerns about the safety of one’s child. Whether the drug use endangers the child’s safety will depend upon the specific circumstances. A judge may view the use of “hard” drugs, such as heroin or methamphetamines around a child differently than validly used prescription drugs or marijuana. Second, if a parent’s alcohol abuse or alcoholism creates a harmful situation for a child, the court may grant an emergency change in custody. Third, a parent’s inherently dangerous criminal activity such as violent crimes, burglary, or domestic violence will often justify an emergency modification in custody. Last, if there is reason to believe that a child is in imminent danger as a result of neglect by a parent, a judge may order an emergency modification.

Custody issues, especially when a child is potentially in danger, are often emotionally charged and contentious. I cannot overemphasize the importance of retaining an experienced Peoria, Illinois family lawyer to review your case and represent you during the process. If you need assistance with an emergency custody modification, contact my office today to schedule an initial consultation with a fathers’ rights attorney. In addition to Peoria, I serve clients in the cities of Bloomington, Eureka, Galesburg, Morton, Normal, Pekin, Springfield, and Washington. I also serve the counties of Fulton, Knox, LaSalle, Marshall, Mason, McLean, Putnam, Rock Island, Schuyler, Stark, Tazewell, and Woodford.