What To Expect During A Drug Trafficking Trial In Peoria, Illinois 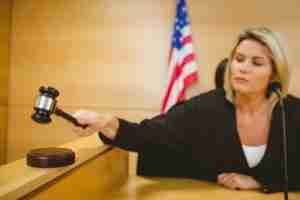 This is the next post in a series of articles discussing defending against drug trafficking charges in Peoria, Illinois. My previous post focused on how additional criminal charges connected with drug trafficking allegations may result in enhanced penalties for the accused. Given the already serious potential consequences of convictions for trafficking, I cannot overstate the importance of retaining a criminal defense attorney to vigorously defend against such charges. In many cases it is possible to seek exclusion of certain evidence on Fourth Amendment grounds or identify other defense strategies to reduce charges or have them dismissed entirely. Working with a lawyer experienced in these matters can help ensure that your case gets the attention it deserves. In this article, I will discuss what one can expect at a drug trafficking trial. If you need assistance, contact my office to schedule a consultation as soon as possible.

Trial will begin with the selection of a jury. The defendant’s attorney and the prosecutors will each be allowed to question potential jurors, through a process known as voir dire. The Judge may also ask questions of the jurors. The questions are intended to determine whether a potential juror will review the case in an unbiased manner. If it is clear that a potential juror cannot be impartial then the Judge may dismiss them “for cause” or the attorneys for each side may remove a potential juror from the pool of candidates. Potential jurors may not be removed from the pool for discriminatory reasons such as ethnicity, gender, religion, or any other legally protected characteristic. Once the selection process is complete, the jury is officially empaneled and the case will begin.

The next step is for the attorneys for each side to make their opening statements. Opening statements provide an opportunity for the lawyers to give the jury an overview of their respective theories of the case and about the evidence which they may expect to hear. The prosecution will then present their witnesses and evidence. The defense will follow by presenting their case. The prosecution will then present “rebuttal” evidence and witnesses. The prosecution may not use rebuttal to raise new arguments, but only directly respond to claims and evidence presented by the defense. After all evidence has been presented and rebuttal is complete, the prosecution and the defense will make closing arguments. The jury will be given their final instructions and will deliberate. Once a verdict is reached then the jury will present their finding to the Court. In the event that the defendant is convicted, a later date will be set for sentencing.

An attorney’s ability to communicate evidence, witness testimony, and defense theories clearly and effectively to the jury can have a major impact on the outcome of a criminal case. Retaining an attorney with the skills necessary to do so while also strictly adhering to the Court’s rules of evidence is essential. I have extensive experience representing clients in the Illinois criminal justice system and am ready to assist you. Contact my office today. We also service the cities of Bloomington, Decatur, Eureka, Galesburg, Morton, Normal, Pekin, Springfield, and Washington. We also serve the counties of Fulton, Knox, LaSalle, Marshall, Mason, McLean, Putnam, Rock Island, Schuyler, Stark, Tazewell, and Woodford. Additional areas where we handle federal cases include Benton, Chicago, East St. Louis, Springfield, and Urbana.