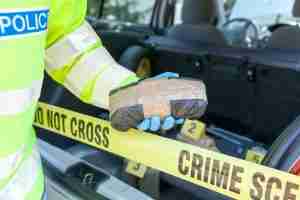 This is the first post in a series of articles discussing issues that commonly arise in drug trafficking charges in Peoria, Illinois. Many people mistakenly believe that drug trafficking charges are only brought against defendants caught in major busts involving truckloads of illegal narcotics. Under Illinois law, however, drug trafficking charges may apply to individuals found transporting relatively small amounts of controlled substances. Convictions for drug trafficking carry mandatory minimum sentences, including significant jail time and hefty fines. My goal in this series is to provide information about trafficking charges and potential defenses. Given the severe consequences related to allegations of this nature, it is imperative to engage an experienced defense attorney to represent your interests. If you are in need of assistance, contact my office today to speak with a lawyer.

Topics to be addressed in this series include:

It is important for those facing allegations of drug trafficking to understand these issues for a variety of reasons. First, as stated above, drug trafficking charges are not reserved for major busts involving large amounts of controlled substances. Importing even small amounts of illegal drugs into the state with the intent to manufacture or distribute the drugs constitutes trafficking under Illinois law. Second, penalties for trafficking charges depend upon the type and amount of controlled substance that the defendant has in their possession. Illinois’ Controlled Substance Act requires judges to impose mandatory minimum sentences on those convicted of trafficking, which can be severe. Third, the police are required to follow certain rules when searching a suspect or a suspect’s vehicle or home for drugs. If an officer fails to observe the protocols, it may be possible to exclude illegally obtained evidence from the case. In some instances, doing so could lead to the dismissal of trafficking charges. Fourth, in many cases, drug-related offenses are coupled with other types of criminal behavior, such as firearm charges, possibly resulting in enhanced penalties or multiple charges. Finally, those facing trafficking charges should know what to expect during their criminal trial. Given the potential consequences of a conviction, I cannot overstate the importance of retaining an experienced criminal attorney to defend your interests.

As a former prosecutor, I understand that the state takes a tough stance on drug trafficking charges. I have extensive experience representing clients in the Illinois criminal justice system and am ready to assist you. Contact my office today to speak to a lawyer. We also service the cities of Bloomington, Decatur, Eureka, Galesburg, Morton, Normal, Pekin, Springfield, and Washington. We also serve the counties of Fulton, Knox, LaSalle, Marshall, Mason, McLean, Putnam, Rock Island, Schuyler, Stark, Tazewell, and Woodford. Additional areas where we handle federal cases include Benton, Chicago, East St. Louis, Springfield, and Urbana.