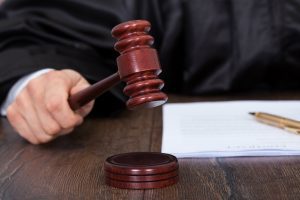 This is the final post in a series of articles addressing defending against domestic violence charges in Peoria, Illinois. As we have discussed throughout this series, domestic violence convictions carry serious criminal penalties and should therefore be taken seriously. One of the goals of this series has been to discuss the potential defenses that may help exonerate one charged with domestic violence. Another goal has been to stress the importance of retaining an experienced criminal defense attorney to represent your interests if you are facing such allegations. If you need assistance, contact my office today to speak with a lawyer.

This series has focused on the following topics:

It is not uncommon for one or more of these issues to come into play in a domestic violence case. One facing a domestic violence allegation should have a basic understanding of the common defense strategies. First, a person facing a threat to their own personal safety is entitled to defend themselves. If a person can demonstrate that they were wrongly accused of starting an altercation when, in truth, they were acting in self-defense, it may exonerate the accused. Second, when a weapon is present during a domestic altercation or if the victim is seriously injured, the domestic violence charge will likely be elevated to a felony. As a result, a conviction will result in more severe penalties. Third, constitutional protections require police to follow certain protocols during an arrest. Failure to provide Miranda warnings when a person is in police custody, for example, may result in the exclusion of self-incriminating statements. It is important to understand how this may impact a defense against a domestic violence charge.