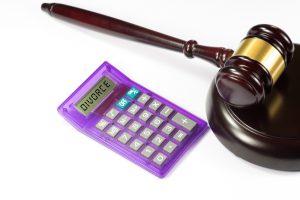 This is the next article in my series on the handling of Peoria, Illinois divorce cases. My last article discussed the process of beginning a divorce. Shortly after a case has begun, the Court will typically issue a temporary order which will govern financial obligations and child custody while the case is pending. The purpose of this order is to give the spouses a structure they can follow while the case proceeds. In this article I will discuss a topic which often leads to confusion – how property and debt is divided in a divorce. The division of assets and liabilities can involve complicated legal issues and it is strongly suggested that you retain an experienced attorney to assist you. If you are in need of assistance then contact my office today to speak with a lawyer.

Illinois is not a “community property” state. This means that, instead of dividing marital assets and debts “down the middle,” our Courts are only concerned with ensuring that all items are divided “equitably.” When deciding how to divide such items, the Court will only be concerned with assets and debts which are “marital,” meaning that they were acquired during the marriage. Items which were acquired before the marriage, or by gift, or through inheritance will generally not be part of the Court’s financial considerations. Generally speaking, if an item was acquired during the marriage then it will be considered “marital” even if it is only in the name of one spouse.

When dividing the assets and debts of a marriage, the Court will not be concerned with making sure that both spouses receive half of every asset. Instead, the Court will typically only be concerned with the final financial totals. Say, for example, that the parties had $100,00 in assets. This amount includes $40,000 in cash and a home with $60,000 in equity. Now suppose that there is $20,000 in credit card debt. If the Court decides that these items should be equally divided, then this can be accomplished in multiple ways. For example:

The foregoing two examples are just a few of the many ways in which assets and debts can be divided. Generally speaking it is better for the parties to agree on how items should be divided. Otherwise, the Court is more likely to simply split everything equally in order to be fair.

A common dispute in a divorce is whether assets or debts should be considered “marital” or “separate.” If such a disagreement cannot be resolved then it is important that you have an attorney who is able to litigate the matter on your behalf.

I am a former prosecutor who believes that everyone is entitled to the most aggressive level of representation. Contact my office today to speak with a Peoria divorce lawyer. I also service the cities of Bloomington, Eureka, Galesburg, Morton, Normal, Pekin, Springfield, and Washington. I also serve the counties of Fulton, Knox, LaSalle, Marshall, Mason, McLean, Putnam, Rock Island, Schuyler, Stark, Tazewell, and Woodford.