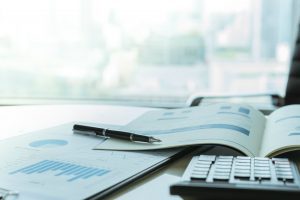 This is the next post in my series on the issue of “underemployment” in Peoria, Illinois child support cases. My last article discussed the process of litigating child support matters involving an underemployed parent. It is important to understand that the litigation process can begin in multiple ways. It is important to speak with an experienced lawyer to better understand your options. In this article I will discuss an important topic – the use of discovery in such cases. If you require assistance then call my office today to speak with an attorney

I have previously discussed the use of discovery in child custody cases which involve drug use. The same procedures can be used in matters involving child support. The process can be used to require that the other side provide answers to written questions, that they be made to provide records, documents, or other physical items, and that they appear for a deposition in the presence of a court reporter. Information can also be obtained from third-parties.

The discovery process can be used to gain financial information in child support cases where one parent wishes to show that their counterpart’s income is higher than what they claim. Say, for example, that the paying parent has their hours reduced or that they are working in a job which is below their skill level. Under the first of these scenarios, it is possible to subpoena the paying parent’s employer and gain evidence of whether the parent requested an hour reduction or if they are declining the opportunity to work more hours. Under the second scenario, it is possible to gain information which shows whether the paying parent is making an honest effort to find a better job. This information can include the paying parent’s job search history and more.

It is important to understand that it is not enough to simply claim that a parent is underemployed. If the Court is to impose a higher child support payment then the Judge will likely require evidence which justifies the decision. Discovery is the process by which that evidence is obtained. In other words, if your attorney does not use the tools available to gather the evidence you need then the Court may be more likely to rule in favor of the paying party.

If you are involved in a dispute then contact my office today to speak with a Peoria child support attorney. I regularly handle matters involving the rights of fathers and I pride myself on providing the highest levels of service. Contact my office today to schedule an initial consultation. I also service the cities of Bloomington, Eureka, Galesburg, Morton, Normal, Pekin, Springfield, and Washington. I also serve the counties of Fulton, Knox, LaSalle, Marshall, Mason, McLean, Putnam, Rock Island, Schuyler, Stark, Tazewell, and Woodford.