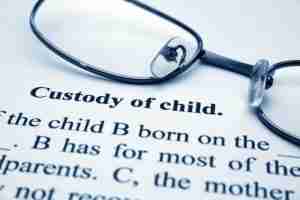 This is the next post in my series on the handling of Peoria, Illinois child custody cases in which the parents are not married. My last article discussed how fathers can establish paternity and child custody on a temporary basis so that they may see their child while preparing for trial. It is important to understand that a temporary order can be gained relatively quickly and that such an order will give your life a sense of normalcy while the case moves forward. In this article I will discuss the conducting of discovery in preparation for trial. It is important to understand that discovery is vital to building your case. If you need assistance with the process then contact my office today to speak with a fathers’ rights attorney.

Discovery is the process by which information is gained from the other side in legal proceedings. In child custody cases it is how one parent can gain information from their counterpart or third parties. The process provides several tools for providing information. The first of these tools are Interrogatories, which allow you to provide the other side with written questions which they must answer. The second of these tools are Requests for Production, which forces the other side to provide written documents, records, etc. A third tool is a Deposition, which is where the other party or a witness must appear and answer questions in the presence of a Court Reporter. All of these tools allow for the gathering of evidence which can be used at trial.

The importance of discovery cannot be understated. Contrary to what is portrayed on television and in the media, trials are not won by “surprise” evidence that is unveiled at the time of trial. Trial, instead, will involve the presentation of evidence which is methodically acquired over several months and disclosed to the other side at the time of acquisition. One who does not use the discovery process to acquire such evidence will not be able to present their side of the story at trial and, as a result, may not get the ruling to which they feel they are entitled. Fathers should inquire about counsel’s plan for discovery when they are selecting a lawyer.

It is important that you retain an experienced representative to assist you with the discovery process. Quite often, the other side may attempt to stonewall or not provide requested information. The process allows tools which allow for the Court to force such a party to provide the information. As a former prosecutor I believe that everyone is entitled to the most vigorous representation. I will use the process to assist fathers in gathering the information they need and to ensure that their rights are protected. Contact my office today to speak with an attorney.