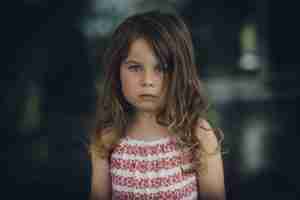 This is the next post in my series on the handling of Peoria, Illinois child custody cases which involve drug use. My last article discussed filing an emergency Motion to modify child custody. It is important that you go to Court immediately if you suspect that there is an emergency situation; the longer you wait to bring the matter to the Judge’s attention then the less likely the Court is to see the matter as an emergency. If you have questions it is best to contact an attorney as soon as possible. In this article I will discuss conducting discovery in such cases. Call my office to speak with a fathers’ rights lawyer.

Discovery is the process by which information is gained from another side in a lawsuit. The process provides several tools for gaining such information. Interrogatories are written questions to which the other side must provide written and detailed answers. In a case involving drug use one can use this tool to request a listing of all doctors who have provided prescriptions as well as other relevant information. Requests for Production can be used to force a party to provide records or other documents. Such information may include bank records, medical histories, etc. Also, Depositions may be used to interview a party or witness in the presence of a Court Reporter. The witness will be under oath and a transcript of the interview will be generated. If the witness attempts to change their story at trial then the transcript can be used to impeach their testimony.

These tools are crucial in custody cases where a parent is abusing a controlled substance. Such information can be used to show that a parent has been obtaining prescription medications in excess of their recommended doses, that a parent is withdrawing money in a high crime area, whether a parent has failed a drug test at work, and more. A part of gaining such records through discovery is to request that the other side sign a HIPPA release. Even though medical records, and drug test histories, are generally protected by law, discovery can be used to compel the other side to sign a release which will allow the obtaining of such information.

It is important to understand that discovery is a complicated process and if the rules of procedure are not properly followed then the other side may not be required to provide information which you request. By speaking with an experienced lawyer you help to ensure that your case is handled properly and that you gain the evidence you need in such a case.

As a Peoria fathers’ rights attorney I assist dads who need to modify child custody for reasons such as drug use. I am a former prosecutor and have spent my career standing up for the rights of others. Contact my office today to schedule an initial consultation. I also service the cities of Bloomington, Eureka, Galesburg, Morton, Normal, Pekin, Springfield, and Washington. I serve the counties of Fulton, Knox, LaSalle, Marshall, Mason, McLean, Putnam, Rock Island, Schuyler, Stark, Tazewell, and Woodford.