The Difference Between Illinois And Federal Criminal Charges 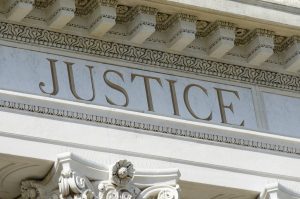 This is the second post in my series on the handling of Federal criminal charges in Peoria or elsewhere in Illinois. My last article provided an overview of topics which this series will be addressing and stressed the need to speak with an attorney in the event that you have been charged by the U.S. Government. It is important to understand that not all lawyers are licensed in Federal Court and it is, therefore, crucial that you immediately begin the process of finding counsel. In this article I will discuss the difference between Illinois and Federal charges. If you need assistance then please contact my office today to schedule an initial consultation.

Our legal systems recognizes the states and the Federal Government as separate entities. This means that each can have their own laws and penalties for violating such laws. Each system has its own procedures for dealing with criminal cases. This means that, if you are charged in Federal Court, you will be bound by Federal statutes, the Federal rules of evidence, and the Federal sentencing guidelines. Generally speaking the Federal process is far more formal than what is seen in State Court and the rules and procedures will be strictly enforced. These things combined mean that one charged in Federal Court will face a process that can look very different than what is seen in the Illinois State Courts.

Federal prosecutors are currently taking a “tough on crime approach” which means that U.S. charges can have severe consequences. In May of 2017, Attorney General Jeff Sessions announced that all Assistant United States Attorneys (Federal prosecutors) must aggressively prosecute all offenses which they consider supported by proof. This marks a departure from the policies of President Obama’s Justice Department. Those policies focused more on a balanced approach which required determining the harm a defendant did to society and whether it was worth public resources to aggressively pursue a prosecution. The new approach being taken by the Trump administration will likely result in an increased number of Federal Charges being filed.

A defendant may also have fewer protections when charged in the Federal system. Illinois state defendants are entitled to rights guaranteed under both the Federal and state constitutions. This means that a State Court must consider all protections granted by the Bill of Rights as well as those granted by the state. The Federal Court, however, will only recognize rights guaranteed by the U.S. Constitution. This means that if, for example, the Illinois Supreme Court has recognized a protection which exceeds that of the Federal Constitution then Federal defendants will not receive those protections even if they were drafted in Illinois.

The above are just some of the differences between the Illinois State Courts and the U.S. District Court. If you have been charged by the Federal Government then it is crucial that you hire a criminal defense lawyer experienced in such matters. I am a former prosecutor who believes everyone is entitled to the most aggressive defense. Contact my Peoria office today to schedule an initial consultation.  I also service the cities of Bloomington, Eureka, Galesburg, Morton, Normal, Pekin, Springfield, and Washington. I also serve the counties of Fulton, Knox, LaSalle, Marshall, Mason, McLean, Putnam, Rock Island, Schuyler, Stark, Tazewell, and Woodford. I also handle federal cases in Urbana.