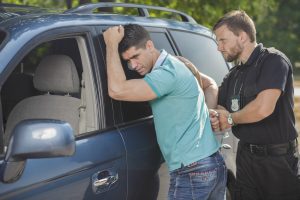 This is the first post in a series which will discuss issues which arise when defending against charges of rape or sexual assault in Peoria, Illinois. I am writing on this issue due to the fact that those facing such charges are in serious legal jeopardy. Unfortunately, many are not sure as to how they should proceed after they or a family member have been arrested. The goal of my upcoming articles is to provide information which will help people to better understand their situation. It is also my goal to provide information which will assist in the selection of a criminal defense lawyer. If you require assistance then contact my office today to speak with an attorney.

I will be addressing several topics over my coming articles. Matters which I will analyze include:

I am addressing these issues for multiple reasons. First, these types of cases can often hinge on evidence recovered by the police or statements made by a defendant. If law enforcement violated one’s rights, while obtaining such evidence or statements, then it may be possible to gain a dismissal of the charges. Second, while rape and sexual assault are heinous crimes,  there are instances where people fabricate charges in an effort to “get even” with an ex or to gain an advantage in child custody proceedings. Third, understanding how Illinois penalizes such offenses will help an accused individual to understand the gravity of their situation. Fourth, many cases come down to a “he said, she said” debate which must be resolved at trial. Finally, there are special conditions which one must comply with in the event that they are convicted.

If you or a loved one have been arrested for rape or sexual assault then you need immediate legal assistance. I am a former prosecutor who believes that everyone is entitled to the most aggressive representation. Contact my office today to schedule an initial consultation. I also service the cities of Bloomington, Eureka, Galesburg, Morton, Normal, Pekin, Springfield, and Washington. I also serve the counties of Fulton, Knox, LaSalle, Marshall, Mason, McLean, Putnam, Rock Island, Schuyler, Stark, Tazewell, and Woodford.