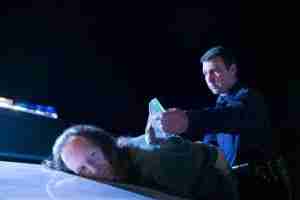 This is the next post in my series on the handling of drug related cases in Peoria, Illinois. My last article discussed defending against prescription drug charges. It is important to understand that prescription-related cases are taken very seriously by prosecutors. Many make the mistake of thinking that such matters will not be a “big deal” due to the fact that doctors can prescribe such narcotics. Prescription pills, however, can lead to serious charges. In this post I will discuss the issue of defending against cases involving “hard drugs” such as methamphetamine.

Cases involving hard drugs such as methamphetamine, heroin, and crack cocaine lead to very serious criminal charges. They will be considered “Schedule 1” narcotics and possession of them will result in felony charges. This is in addition to any other charges which may be brought. These other charges can stem from the fact police often find such drugs while arresting someone for another crime such as theft, domestic violence, or other types of offenses. Also, individuals arrested while possessing methamphetamine are often found to be in possession of a firearm. These circumstances, all combined, can result in a lengthy prison sentence.

If you are arrested for possession of schedule one substances then it is imperative that you contact a criminal defense attorney immediately. As I discussed in my article on how search and seizure issues impact drug cases, counsel can file to exclude any evidence which was collected in violation of the Fourth Amendment. If you face the serious charge of drug trafficking then a lawyer can also challenge any claims that you intended to distribute the narcotics to another person; if the prosecution cannot prove an intent to distribute then a conviction for trafficking will not stand.

As an attorney who has devoted his career to handling criminal cases I have seen the impact that addiction can have on the lives of Illinois residents. I also understand that once one is in the criminal system they will face lifelong consequences. These include a criminal record, disqualification from employment, not being able to pass a background check, and serving time in prison. I believe that by providing an aggressive defense people can avoid these situations and be given a chance to gain treatment so that they may get their life back on track. I understand the serious impact a drug case will have on your life. That is why I take such cases seriously.

Contact my office today to speak with a Peoria drug crimes attorney. I am a former prosecutor and am familiar with handling such matters. I also service the cities of Bloomington, Decatur, Eureka, Galesburg, Morton, Normal, Pekin, Springfield, and Washington, as well as the counties of Fulton, Knox, LaSalle, Marshall, Mason, McLean, Putnam, Rock Island, Schuyler, Stark, Tazewell, and Woodford. I also handle federal cases in Urbana.