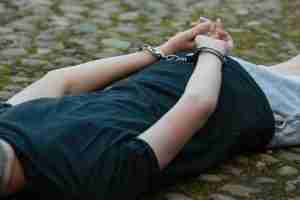 This is the first post in a series of articles discussing defending against criminal charges brought against juveniles in Peoria, Illinois. Few things are more frightening as a parent than learning that your child has been accused of a crime. Fear for their safety, well-being, and future coupled with a lack of information about the juvenile legal system can be overwhelming. Many parents do not know what to expect when they face this situation. I have previously written a series on the juvenile criminal system in general. In this series, I will address how specific juvenile charges are typically handled. When your child is in trouble with the law, it is important to consider the potential long-term consequences of being adjudicated delinquent. I cannot overstate the importance of contacting an experienced juvenile defense attorney as soon as possible to assist with their defense. If your child has been charged with a crime, contact my office today to speak with an attorney.

I felt it was important to discuss these topics for several reasons. There are a variety of distinctions between the juvenile and adult criminal justice systems. I will review those differences in the context of each of the situations listed above. Despite the differences, juveniles are still afforded many of the same legal protections as adults. These include the constitutional protections provided by the Fourth and Fifth Amendments against illegal searches and seizures and requiring law enforcement to inform the child of their right to remain silent. In connection with the specific charges outlined above, these defenses may be available and, in some cases, could lead to the exclusion of evidence and dismissal of the charges. I will also address situations in which a minor may face adult criminal charges. As stated previously, it is imperative to take any juvenile charges seriously and present a vigorous defense.

As a former prosecutor, I understand the Illinois juvenile legal system and how to advocate on behalf of children who are charged with a crime. If you need assistance, contact my Peoria office today to speak with an experienced defense attorney. We also serve clients in Bloomington, Decatur, Eureka, Galesburg, Morton, Normal, Pekin, Springfield, and Washington and the counties of Fulton, Knox, LaSalle, Marshall, Mason, McLean, Putnam, Rock Island, Schuyler, Stark, Tazewell, and Woodford. Areas where we handle federal cases include Peoria, Springfield, Champaign, and Rock Island.