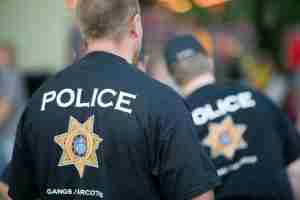 This post concludes and recaps my series on the handling of drug charges in Peoria, Illinois. I felt it necessary to write on this topic due to the fact that many people arrested in our area feel that they have no options once they have been arrested. Such defendants sometimes believe that a conviction is all but guaranteed. The goal of my last several posts has been to provide information which will assist our citizenry in understanding that they have options after an encounter with law enforcement. One point that I cannot stress enough is that you should contact a criminal defense attorney immediately.

I have addressed several topics over my recent articles. Issues which I have looked at included:

There are several reasons why it is important for the accused to understand these topics. First, many make the mistake of thinking that they are “caught” and that there is nothing they can do after they have been arrested. The fact of the matter, however, is that police violate the Fourth and Fifth Amendments more often than one may realize. Cases involving such search and seizure issues sometimes lead to dismissal. Second, the US Supreme Court has limited the instances in which police may use a drug sniffing dog. Third, while charges involving marijuana and prescription pills may seem minor, the fact of the matter is that they can still lead to a permanent criminal record. Finally, enforcement against offenses involving “hard drugs” remains high.

If you have been arrested for a narcotics related offense then you face serious consequences. These consequences can involve a record which will show up during background checks. This can make it difficult to obtain employment, to apply for housing, and to gain a professional license. These issues are in addition to the potential fines, jail time, and other penalties one will face.

I am a former prosecutor who believes that everyone is entitled to the most vigorous defense. Contact my office today to speak with a Peoria lawyer. I also service the cities of Bloomington, Decatur, Eureka, Galesburg, Morton, Normal, Pekin, Springfield, and Washington, along with the counties of Fulton, Knox, LaSalle, Marshall, Mason, McLean, Putnam, Rock Island, Schuyler, Stark, Tazewell, and Woodford. Additional areas where I handle federal cases include Benton, Chicago, East St. Louis, Springfield, and Urbana.