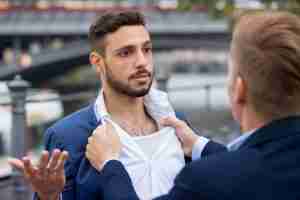 This is the final post in a series of articles addressing defending against assault and battery charges in Peoria, Illinois. As we have discussed, assault and battery are separate but related criminal charges which involve intentionally threatening or actually attempting to cause harm to another person. The repercussions of a conviction for either crime can be serious. One objective of this series has been to provide information about possible defenses against assault and battery charges. Another goal has been to emphasize the importance of vigorously defending against these charges with the help of an experienced criminal defense attorney. If you have been charged with assault and battery, contact my office to speak with a lawyer.

I have addressed several key topics in this series, including:

If you have been charged with assault or battery, these issues may impact your defense in various ways. First, it is not uncommon for self-defense to be misconstrued as assault and battery. A person is entitled to defend themselves against an initial aggressor. If one can prove that one’s actions were in self-defense, a conviction may be avoided. Second, eyewitness identifications may be excluded from evidence if one can demonstrate that the witness statements were the result of overly suggestive police procedures. Third, law enforcement officers are required to follow certain procedures, such as providing Miranda warnings during an arrest. If an officer fails to do so, it may be possible to exclude statements made by the defendant from evidence. Fourth, as with many criminal charges, if the accused is in possession of or using a weapon in connection with criminal activity then the defendant will likely be subject to enhanced criminal penalties. Finally, if you are facing assault and battery charges, you should have a general understanding of the trial process and how these defenses may be presented to the court.

As stated above, I cannot overemphasize the importance of retaining an attorney with criminal defense experience to represent your interests in a criminal case. Your counsel will review the situation to determine which defenses may be available to you. If you have been charged with assault and battery, contact my office today to speak to a lawyer. My office also represents clients in Bloomington, Decatur, Eureka, Galesburg, Morton, Normal, Pekin, Springfield, and Washington. We also serve the counties of Fulton, Knox, LaSalle, Marshall, Mason, McLean, Putnam, Rock Island, Schuyler, Stark, Tazewell, and Woodford.