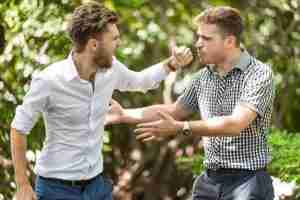 In this series, I will discuss several important topics, including:

Understanding how these issues may impact a defense is important for a variety of reasons. First, it is not uncommon for the police to identify and arrest a person who was actually defending himself from the threat of harm. If the officer incorrectly identifies the primary aggressor, it may be possible to avoid a conviction based on a claim of self-defense. Second, one may be wrongfully accused of assault and battery by an eyewitness. In some situations, it may be possible to exclude testimony from individuals when that testimony is the result of overly suggestive police procedures. Third, when an officer fails to provide the requisite Miranda warnings during an arrest, the accused may seek to exclude evidence or statements made following such failure. Fourth, if a weapon is involved in the altercation, even if it is not used, the accused will be subject to enhanced criminal penalties. Understanding the available defense strategies may help avoid an elevated conviction. Finally, if you are facing assault and battery charges, you should be aware of how these defenses are presented at trial.

As stated above, in light of the potential penalties that may result from such charges, I cannot overemphasize the importance of retaining an attorney with criminal defense experience. Your counsel will review the facts of your case and identify all potential defenses to raise on your behalf. If you have been charged with assault and battery, contact my office today to speak to a lawyer. My office also represents clients in Bloomington, Decatur, Eureka, Galesburg, Morton, Normal, Pekin, Springfield, and Washington. We also serve the counties of Fulton, Knox, LaSalle, Marshall, Mason, McLean, Putnam, Rock Island, Schuyler, Stark, Tazewell, and Woodford.