Defending Against Hit And Run Charges In Peoria, Illinois 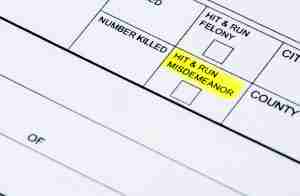 This is the next post in a series of articles discussing defending against traffic-related offenses in Peoria, Illinois. My previous post focused on defending against reckless driving charges. Reckless driving is a serious offense, carrying potentially significant criminal penalties, including jail time and fines. Depending upon the facts of the situation, it may be possible to defend oneself against the charges. It is imperative to contact an attorney as soon as possible after the incident to ensure the case is handled properly. In this post, I will address another serious traffic offense: leaving the scene an accident, otherwise known as hit and run charges. Similar to reckless driving, leaving the scene of a crash can result in severe penalties with long-term consequences. If you have been charged with a hit and run, my office is ready to assist you. Contact us today to speak with a lawyer.

It is against the law for Illinois drivers who have been involved in an accident resulting in property damage, personal injury, or death to leave the scene of the crash without taking certain actions. In the case of minor property damage, drivers are required to exchange insurance and contact information. This includes an obligation to leave one’s information behind if, for example, the driver hits a parked vehicle and causes damage. In more serious cases, where major property damage, injuries, or death has occurred, the police and paramedics must also be notified immediately. Leaving the scene of an accident without taking these actions will result in more than a simple traffic ticket. Those charged with hit and run will face criminal charges ranging from Class A misdemeanors for minor property damage incidents to Class 2 felonies if a person was killed in the accident. Class A misdemeanors are punishable by up to one year in jail and up to a $2,500 fine. If convicted of a Class 2 felony, the accused may face between three to seven years behind bars. These penalties are in addition to the defendant’s permanent criminal record, which can result in issues finding or retaining employment, and the suspension or permanent revocation of their driver’s license.

In light of the significant penalties for hit and run convictions, those charged with leaving the scene should contact a lawyer with criminal defense experience to represent their interests. Counsel will immediately review the facts of the case to identify all possible defense strategies. For example, many hit and run charges result from an eyewitness identification of the driver and their vehicle. If the police engage in overly suggestive practices to obtain the eyewitness identification, it may be possible to exclude the testimony from the case. Your attorney will pursue any other possible defenses, such as obtaining evidence supporting an alibi, forensic examination of the vehicles involved, or attempting to exclude illegally obtained evidence. An experienced lawyer will understand how to work with the prosecutor to negotiate a plea agreement if appropriate and seek reduced charges if a conviction is likely. When the case cannot be resolved without a trial, your attorney’s courtroom experience will be a valuable tool for your defense.

If you have been charged with leaving the scene of an accident, you are facing serious consequences and criminal penalties. It is important to contact an attorney immediately to represent your interests. I have over 20 years of experience in the Illinois criminal justice system, including as a prosecutor and a criminal defense attorney. I aggressively defend Peoria residents charged with traffic offenses. Contact my office today to schedule a consultation. I also serve clients in the cities of Bloomington, Eureka, Galesburg, Morton, Normal, Pekin, Springfield, and Washington. I also serve the counties of Fulton, Knox, LaSalle, Marshall, Mason, McLean, Putnam, Rock Island, Schuyler, Stark, Tazewell, and Woodford.