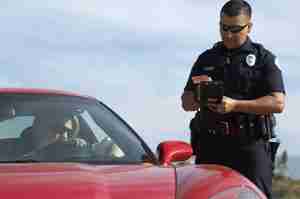 This is the next post in a series of articles discussing traffic-related offenses in Peoria, Illinois. My previous article provided an overview of the topics to be discussed throughout this series. It also stressed the importance of taking traffic tickets and citations seriously, even for the most minor of offenses. Failing to do so can result in negative consequences on one’s driving record, such as the issuance of points, suspension of one’s license, and may even lead to criminal charges. An experienced attorney can assist you in resolving traffic issues. This is especially true for serious offenses, when potential penalties may include fines and incarceration. In this post, I will address how to handle situations in which the Peoria traffic court issues a traffic warrant against a driver. If you need assistance, contact my office to speak with a lawyer.

When law enforcement issues a ticket for violation of routine traffic laws, such as speeding, failing to signal properly or failing to stop completely at a stop sign, the offending driver typically has a few ways to respond. If the driver is not required to appear in traffic court, they may elect to pay the ticket and plead guilty to the charge. To challenge the ticket or for more serious offenses, such as DUI or reckless driving, a resident may be required or elect to appear in court to resolve the matter. For many of us, once we have received a ticket, the easiest option is simply to pay the fine and admit to guilt. It is not uncommon, however, for individuals to miss their payment deadline or forget about the scheduled court appearance date. Others simply ignore the citation and deliberately skip their court date and refuse to pay their fine. Unfortunately, when that happens, the traffic court may issue a traffic warrant against the driver. Traffic warrants have serious consequences and should be resolved as quickly as possible after being issued by the court. An outstanding traffic warrant authorizes the police to arrest the subject if they are stopped. Records of arrest may become part of one’s criminal history. One’s driver’s license may be suspended until their fine has been paid. If a person is found driving with a suspended license, the person may be charged with additional offenses. Interruptions in one’s ability to travel via airline, fines, and further charges on a person’s driving record may also occur.

If you become subject to a traffic warrant, even if inadvertently, you may not know how to proceed. An attorney can often assist in resolving the issue. Consider the following example. A driver receives a citation for a DUI and is required to appear in court to resolve the matter. Due to a work conflict, the defendant contacts the court to request a new date for the hearing. He never receives notice of rescheduling and assumes the matter is closed. Five years later, he is attempting to obtain his CDL license and learns that there is an outstanding traffic warrant against him for the DUI charge. The warrant requires him to present himself at the jail where he will be required to plead guilty to the offense, pay his fine, and perhaps face additional penalties for the delay. Instead, he retains an attorney who contacts the prosecuting attorney and explains that the warrant arose from a misunderstanding. The lawyer arranges for the client to appear in court instead of presenting himself at the jail. He resolves the DUI case and removes the warrant from his record in court as originally required. Counsel with experience in traffic issues will understand how to navigate this process to achieve a more favorable outcome on their client’s behalf.

If a traffic warrant has been issued against you, even for a minor offense, it is important to take the matter seriously. An experienced lawyer can help you understand how to proceed. Contact my office today to speak with a Peoria traffic attorney. I also serve clients in the cities of Bloomington, Eureka, Galesburg, Morton, Normal, Pekin, Springfield, and Washington. I also serve the counties of Fulton, Knox, LaSalle, Marshall, Mason, McLean, Putnam, Rock Island, Schuyler, Stark, Tazewell, and Woodford.