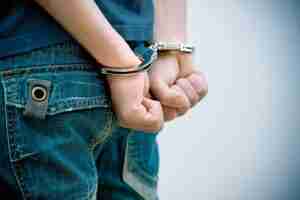 This is the next article in my series on the handling of juvenile cases in Peoria, Illinois. My last article discussed the differences between the juvenile and adult systems. It is important to understand that, while youth cases may be considered “civil,” they bear many similarities to the adult system. It is important that parents retain a criminal defense attorney who is experienced in handling such matters. In this article I will discuss dealing with prosecutors in such cases. If you require assistance then contact my office today to speak with a lawyer.

As I discussed in my previous article, the stated goal of the juvenile system is to ensure that a young person does not re-offend as they get older. This means that prosecutors will generally be open to resolving matters through means which do not involve incarceration. Such means may involve extensive counseling, drug rehabilitation programs, as well as other requirements. Often, in matters that do not involve harm to others, the prosecution will be willing to resolve the case upon the completion of such steps. In cases which involve violence or harm to others, a youth is more likely to face incarceration. It is critical to understand that the handling of each case will depend on the specific facts and circumstances.

Dealing with prosecutors in juvenile cases is essential. The state will often be more open to a sensible resolution in such matters. It will be necessary for your lawyer to lay out the facts of the case, to discuss the family history, and to explain why the youth can be put on a correct path without substantial punishment. In the end, such a resolution is often better for the young person and their family as it can remove the risks of incarceration.

As a former prosecutor I am experienced in the process of resolving cases which involve juveniles. I believe that everyone is entitled to the most vigorous defense and devote my practice to defending the rights of the accused. Contact my office today to speak with a Peoria juvenile defense attorney. I service the cities of Bloomington, Eureka, Galesburg, Morton, Normal, Pekin, Springfield, and Washington. I serve the counties of Fulton, Knox, LaSalle, Marshall, Mason, McLean, Putnam, Rock Island, Schuyler, Stark, Tazewell, and Woodford. I also handle federal cases in Urbana.