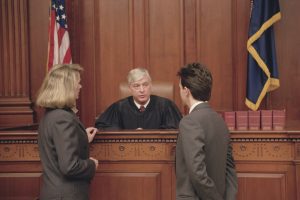 This is the next post in my series on the handling of Federal criminal charges in Peoria or elsewhere in Illinois. My last article discussed the differences between state and Federal criminal charges. It is important to understand that charges brought by the U.S. Government will involve a different Court system, different laws, and different rules of procedures. It is crucial that you retain a criminal defense attorney who is licensed in the Federal system. In this article I will discuss another important issue – dealing with the Federal Sentencing Guidelines. If you or a loved one have been arrested then contact my office today to speak with a lawyer.

A key difference between the Federal criminal system and state systems is that the U.S. Government employs a set of “sentencing guidelines” which Judges often follow. These guidelines provide instructions to a Judge as to the range of punishment they should give to one who has been convicted. Say, for example, that a defendant is convicted of an offense which carries a sentence of two to ten years. The sentencing guidelines may include the following recommendations for the offense:

Under this simplified scenario the defendant would likely receive a sentence of 4 ½ years (2 years + 2 years + 1 year – 6 months). It is important to understand that the guidelines are not considered mandatory. In other words a Judge may choose to not follow them. While the Court has discretion to issues harsher or more lenient sentences than what the guidelines suggest it is important to understand that Courts generally follow this sentencing framework.

When dealing with sentencing it is important to retain counsel experienced in handling such issues. Your lawyer will submit a sentencing brief and argue to the Court that the guidelines are overly harsh and should not be employed. Evidence which your attorney can submit includes evidence of your work history, evidence of any positive impact you have had in the community, as well as other facts weighing in the defendant’s favor. By presenting such evidence to the Court it may be possible that the typical Federal sentencing structure should not apply to the instant situation.

If you have questions about the process or need assistance then contact my office today to schedule an initial consultation. I am a former prosecutor who is licensed in Federal Court. I believe that all defendants are entitled to the most aggressive defense. In addition to Peoria, I also service the cities of Bloomington, Eureka, Galesburg, Morton, Normal, Pekin, Springfield, and Washington. I also serve the counties of Fulton, Knox, LaSalle, Marshall, Mason, McLean, Putnam, Rock Island, Schuyler, Stark, Tazewell, and Woodford. I also handle federal cases in Urbana.