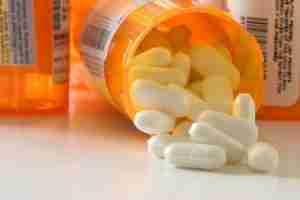 This is the next post in my series on the handling of Peoria, Illinois child custody cases in which fathers are dealing with a mother who is abusing controlled substances. My last article discussed what fathers should expect at a child custody trial in a case involving drugs. It is important to understand that it is not enough to simply allege the other parent is on drugs. Proof of substance abuse must be offered. Failing to meet one’s burden of proof, at trial, can result in a custody Motion being denied. In this article I will discuss another important topic – issues which arise in cases involving marijuana or prescription drugs. If you are a dad in need of legal assistance then contact my office today to schedule an initial consultation.

Many parents make the mistake of thinking that using prescription drugs or medical marijuana cannot lead to difficulties in a child custody dispute. The fact of the matter, however, is that the Family Court may change custody if the mother is abusing a controlled substance, regardless of whether or not she had a prescription. If one is using such substances in excess of their prescribed doses then the situation will be seen as similar to one excessively consuming alcohol. It is not illegal to use prescribed medications or alcohol but it will be seen as against the best interests of the child for a parent to be engaging in abuse.

Use of a prescribed controlled substance may lead to a custody modification even if the mother is not abusing her prescriptions. Pills such as Xanax can leave a person impaired as can the use of marijuana. If it is shown that a mother is regularly impaired in the presence of a child then it can raise concerns about whether the child is being cared for as well as how their needs will be met in the event of an emergency. When analyzing whether legitimate use of prescribed substances impacts one’s ability to parent the Court will look at the reasons for the prescription, the amount of time which a parent is expected to be using the substances, and the hours at which the drugs are being used. How the Court will rule in any given situation is always going to be fact specific.

If you believe that the mother of your child is abusing prescription pills or marijuana then it is important to contact a Peoria fathers’ rights lawyer immediately. I strongly believe that everyone is entitled to their day in Court and I am ready to assist you. I also service the cities of Bloomington, Eureka, Galesburg, Morton, Normal, Pekin, Springfield, and Washington, as well as the counties of Fulton, Knox, LaSalle, Marshall, Mason, McLean, Putnam, Rock Island, Schuyler, Stark, Tazewell, and Woodford.