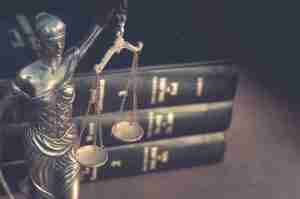 This is the first post in a series of articles discussing defending against criminal fraud charges in Peoria, Illinois. Fraud occurs when a person intentionally deceives another for the purpose of obtaining financial gain or other benefits. Unlike ordinary theft or stealing money from another person, fraud generally involves deceptive conduct used against victims. Depending upon the precise nature of the scheme and the amount of money or benefits received, the accused may face state or federal misdemeanor or felony charges. Fraud convictions often carry significant criminal penalties, including fines and imprisonment. The purpose of this series is to provide information about fraud charges in Illinois and to assist those who may be accused of engaging in fraud to defend themselves. If you have been charged with fraud, contact my office to speak with an attorney.

Individuals who have been arrested should understand these points for a variety of reasons. First, fraud is broadly defined as any act in which one person intentionally deceives another to either induce the other person to act or to gain something of value. The Illinois criminal code addresses several specific categories of fraud, such as fraud against a state agency or financial institution and identity theft. Penalties are dependent upon the type of deceptive practice and value of the goods or benefits that were misappropriated. Second, it is not uncommon for law enforcement to violate the defendant’s Fourth Amendment right against illegal search and seizure during a fraud investigation. If so, it may be possible to exclude illegally seized evidence from a case. Depending upon the facts and other evidence available, doing so may lead to the dismissal of the criminal charges. Third, many people confuse the prosecution of criminal fraud with a civil dispute, in which the victim may sue the perpetrator to recover monetary damages. Fraud is a criminal offense and, once charged, the accused’s case will be in the hands of law enforcement and the prosecutor. A conviction will result in a permanent criminal record and potential serious fines and jail time. Fourth, I will review common situations that lead to accusations of criminal fraud.

As a former prosecutor, I understand that fraud is taken seriously by police and the prosecutor’s office. It is imperative, therefore, to retain experienced criminal defense counsel to represent your interests if you have been accused. If you have been arrested then my office is ready to assist you. In addition to Peoria, we also serve clients in Bloomington, Decatur, Eureka, Galesburg, Morton, Normal, Pekin, Springfield, and Washington and the counties of Fulton, Knox, LaSalle, Marshall, Mason, McLean, Putnam, Rock Island, Schuyler, Stark, Tazewell, and Woodford. Additional areas where we handle federal cases include Benton, Chicago, East St. Louis, Springfield, and Urbana.