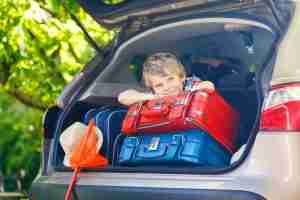 This is the next post in a series of articles discussing the rights of Peoria, Illinois fathers in cases involving a request to relocate their child out of state. The previous article provided an overview of topics to be addressed throughout this series. It also stressed the importance of retaining an experienced child custody lawyer whether you are the party seeking to relocate or attempting to block a move by your co-parent. In most cases, both parents may have reasonable arguments supporting their positions. An attorney can assist in presenting your position clearly and effectively to the judge. This post will review the factors a court will consider when reviewing such a request. If you need assistance in a custody relocation matter, contact my office today to speak to a father’s rights lawyer.

As a general rule, when a custody order is in place, either parent must seek the permission of the court to modify the existing order. This includes requesting approval to move outside of the state with the child. Doing so without first obtaining an order granting such permission can lead to potentially severe consequences, including an order to return the child, contempt of court charges, parental abduction charges, or even reduced or terminated custody rights. A parent petitioning the court for permission to move with the child must demonstrate that relocation will be in the child’s best interest. The court will also be concerned about the impact on the other parent’s ability to maintain a meaningful relationship with the child after the move. In the context of an out-of-state move, important factors may include:

The judge’s determination will depend on the facts of the specific case. These factors are often viewed on a sliding scale. For example, a mother seeking to move with a child out of state for a job promotion following a father’s failure to pay child support order may easily obtain approval for her request. On the other hand, a mother seeking to move to Florida because she hates Illinois winters absent any other factors beneficial to the child may have a harder time. Most cases will fall somewhere in between these extremes. Very often, both parents have reasonable arguments supporting their positions. An attorney can assist in presenting your position clearly and effectively to the judge.