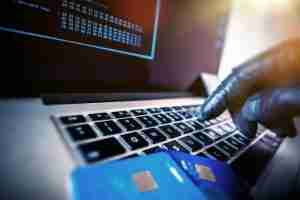 This is the next post in my series on the handling of computer-related offenses in Peoria or elsewhere in Illinois. My last article provided an overview of topics which this series will be addressing. It also stressed the need to speak with a criminal defense attorney immediately if you or a loved one have been arrested. It is important that you speak with counsel sooner, rather than later, in order to ensure that your rights remain fully protected. In this article I will discuss the handling of such matters when charges have been brought by the federal government. If you are in need of assistance then contact my office today to speak with a lawyer.

I have previously discussed the differences between Illinois and federal charges in general. It is important to know how these differences specifically apply to a computer related crime. If a defendant is charged in Federal Court, then that means that they have been accused of violating Section 18 of the U.S. criminal code. This can involve thefts that crossed state lines, the hacking of federal offices or officials, and other matters which fall within the U.S. Government’s jurisdiction. A defendant who is charged with such an offense will be arraigned by a Federal Magistrate after charges have been filed by the U.S. Attorney’s Office. A trial date will be set and their case will be governed by the Federal Rules of Criminal Procedure. In the event that the accused is convicted, then they will be sentenced pursuant to the U.S. Federal Sentencing Guidelines.

A key difference between state and federal courts is that the latter tends to be much more stringent when it comes to enforcing applicable rules and procedures. If, for example, a defendant’s criminal defense attorney misses the deadline to file a Motion to Suppress Illegally seized evidence, then there is a chance that the Court would not allow a late filing of the Motion. This could mean that the accused would lose their chance to challenge the admission of any such evidence. It is, therefore, important that you retain counsel who is familiar with the federal system’s rules and procedures. Not all attorneys are licensed in Federal Court and even fewer have conducted a federal trial.

I am a Peoria criminal defense attorney who is licensed to handle federal criminal charges. I am a former prosecutor who believes that everyone is entitled to a vigorous defense and to have their rights fully protected. If you or a loved one have been arrested for a computer related offense, then contact my office today to schedule an initial consultation. My office prides itself on providing quality service and we are ready to assist you. I also service the cities of Bloomington, Eureka, Galesburg, Morton, Normal, Pekin, Springfield, and Washington. I also serve the counties of Fulton, Knox, LaSalle, Marshall, Mason, McLean, Putnam, Rock Island, Schuyler, Stark, Tazewell, and Woodford. I also handle federal cases in Urbana.