Child Relocation Requests Based On The Need For Reemployment In Peoria, Illinois 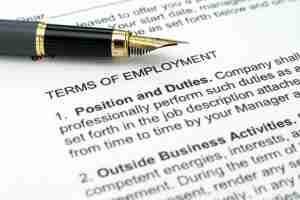 This is the next post in a series of articles discussing child relocation requests based on a parent’s need to seek employment outside of Peoria, Illinois. My previous post discussed how a father may defend against their co-parent’s request to move out of state. To challenge such a request, he must demonstrate relocating is not in the child’s best interest. The earlier articles in this series focused on a parent’s desire to move for immediate reemployment. In this article, I will discuss relocation requests based on less urgent employment reasons. If you need assistance with a relocation matter, contact my office today to speak to a Peoria fathers’ rights attorney.

Moving outside of the state with a child subject to a custody agreement will require the court’s approval regardless of a parent’s reasons for doing so. The court will evaluate whether the move is in the child’s best interest. Any relocation request should include a detailed relocation plan, including as much information about the move and the potential impact on the child as possible. When a parent’s new employment is the motivation, a plan should include information about the job offer, salary, insurance, and any other benefits that justify the parent’s decision. There are times when an unemployed or laid off parent is forced to relocate on very little notice. This can present a challenge when seeking court approval because the specific details about the relocation may not be available. On the other hand, when the need is not urgent, a longer planning period can give the requesting parent benefit of presenting a fully developed plan to the court.

Consider the following example. A Peoria father is unexpectedly terminated from his computer programming position. He shares custody of his son and is the primary breadwinner for his family. There are few jobs available in the area in his field and he is forced to accept a position outside of Illinois within two weeks. He files a Motion Requesting Relocation and an expedited temporary hearing. He is able to present information about his new job at the hearing. Given the short notice, however, he has not prepared to share information about which school system his son would attend, living arrangements, or a plan for his son to visit his mother after the move. The child’s mother successfully challenges the father’s temporary request, citing the abrupt changes and uncertainty in the plan. If, on the other hand, the father has been considering a job offer in another state for months and has fully investigated a new area, he can present a relocation plan to the court with significant detail. He may have purchased a home, met with school officials regarding educational and extracurricular activities, identified doctor and childcare facilities, etc. He should also have developed a realistic visitation proposal with the child’s mother. His co-parent may still attempt to defend against his moving request, however, presenting more evidence to the court will increase his chances of demonstrating that the move is in the child’s best interest. How the court will rule in any given case will depend upon the specific facts of the situation. An experienced attorney can help you gather and present relevant evidence to the judge in support of your case.

Changing employment, for whatever reason, can be stressful. When the decision involves relocating with a child and a potential legal battle, the decision can seem overwhelming. If you need assistance with a relocation issue, contact my office to speak with a Peoria fathers’ rights lawyer today.  In addition to Peoria, I serve clients in the cities of Bloomington, Eureka, Galesburg, Morton, Normal, Pekin, Springfield, and Washington. I also serve the counties of Fulton, Knox, LaSalle, Marshall, Mason, McLean, Putnam, Rock Island, Schuyler, Stark, Tazewell, and Woodford.