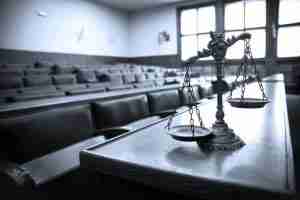 This is the final post in a series of articles discussing defending against child pornography charges in Peoria, Illinois. Convictions for child pornography offenses carry serious repercussions, including significant jail time, fines, and being labeled a sex offender. In addition, the stigma attached to such allegations can be devastating, including the inability to find or retain employment or housing in the future. It is imperative, therefore, to vigorously defend oneself if charged with such an offense. If you have been charged then contact my office as soon as possible to speak with an experienced criminal defense attorney.

This series has addressed the following:

As stated above, when faced with these types of allegations, it is essential to understand the consequences and defense strategies for a variety of reasons. First, it is a crime under both state and federal law to possess, produce, or distribute materials that portray lewd or sexually-related content involving minors. Whether one is charged under Illinois law or in federal court will depend largely on the scope of the criminal activity and which agency has been involved in the investigation. Criminal penalties may differ between state court and federal court. Second, in many cases, a person accused of violating child porn laws was legitimately unaware that the material involved someone under the age of 18. If the defendant can demonstrate a lack of knowledge of this fact, they cannot be convicted of the offense. Third, child pornography investigations often involve police searches and seizures of evidence, such as computers, phones, files, and more. As in all criminal matters, law enforcement must comply with the Fourth Amendment of the U.S. Constitution when conducting such activities. Failure to do so may lead to the exclusion of illegally seized evidence. Depending upon the specific facts of a case, this may result in the dismissal of criminal charges. Finally, should the case proceed to trial, the defendant should know what to expect from the process.

If you have been charged with violating child pornography laws, I cannot overemphasize the importance of retaining an experienced criminal defense attorney to represent your interests. I have defended Peoria residents in both the state and federal criminal justice systems and am ready to assist you. In addition to Peoria, I serve clients in the cities of Bloomington, Eureka, Galesburg, Morton, Normal, Pekin, Springfield, and Washington. I also serve the counties of Fulton, Knox, LaSalle, Marshall, Mason, McLean, Putnam, Rock Island, Schuyler, Stark, Tazewell, and Woodford.