Understanding Charges Against Felons Who Possess Firearms In Illinois 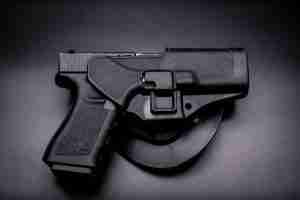 This is the next post in my series on the handling of federal charges against felons who possess firearms in the state of Illinois. My last article provided an overview of topics which this series will be addressing. It also stressed the need to immediately contact a criminal defense attorney if you or a loved one has been arrested. It is important that you contact counsel as soon as possible so that they may begin to formulate a defense. In this article I will discuss the federal prohibitions against certain individuals possessing firearms. If you are in need of assistance then contact my office today to speak with a lawyer.

The United States government has made it illegal for anyone who has been convicted of a felony, or domestic violence, to possess a firearm. This law is codified in section 922, of Title 18 of the US criminal code. This prohibition against such individuals possessing a gun does not have a time limit. In other words, if you have been convicted of a felony or domestic violence then you will be barred from possessing a gun for the rest of your life. The convictions can have occurred in state or federal court and the prohibition will continue to apply even if you subsequently gain an expungement or sealing of the conviction. Also, it is important to understand that the ban applies to possessing a gun and not to simply owning one. In other words, if you even hold a gun which belongs to someone else, even for a moment, then you will have violated federal law.

Violation of the aforementioned laws can carry serious consequences. An individual accused of violating these requirements will find themselves charged with an additional felony. If they are on probation or parole, then there is a good chance that their term of supervision will be revoked. Also, it is common for one to face charges in addition to the allegation of possessing a gun. Say, for example, that a defendant is pulled over by the police. During a search of the vehicle, the police find illegal drugs along with a firearm. Under this scenario, the accused would also be charged with drug possession and may face enhanced penalties for the gun charges. The level of the charges which one faces, and the potential penalties, will always depend on the specific facts of the case as well as the accused’s criminal history.

If you have been charged with illegally possessing a firearm, then contact my office today to speak with a Peoria federal criminal lawyer. Not all attorneys are licensed to practice in Federal Court. It is, therefore, important that you retain counsel who is able to assist you. I am a former prosecutor who believes that everyone is entitled to a vigorous defense. My office prides itself on providing quality service and we are ready to assist you. We also service the cities of Bloomington, Decatur, Eureka, Galesburg, Morton, Normal, Pekin, Springfield, and Washington. We also serve the counties of Fulton, Knox, LaSalle, Marshall, Mason, McLean, Putnam, Rock Island, Schuyler, Stark, Tazewell, and Woodford. Additional areas where we handle federal cases include Benton, Chicago, East St. Louis, Springfield, and Urbana.