How Peoria Fathers May Challenge A Protective Order 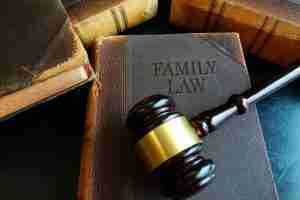 This is the next post in my series on the handling of Peoria, Illinois cases which involve an order of protection. My last article discussed the process of defending against a TPO which is based on false allegations. It is crucial that dads take any protective order seriously, even one that is based upon false claims. Violating an active TPO can result in a dad being held in contempt of court and in possible jail time. In this article I will discuss the process of challenging a TPO after it has been issued by the Court. If you require assistance then contact my office today to speak with a fathers’ rights lawyer.

A court will hold a hearing shortly after a protective order has been issued. The purpose of this hearing is to determine if the order should be extended or if it should be immediately terminated. A father may attend the hearing and challenge the need for an order. If evidence is presented which, for example, shows that the mother is regularly contacting the father then the need for the order will come into immediate question; Courts will typically doubt someone’s need for “protection” from a person whom the regularly contact. This hearing is also an opportunity for the dad to present evidence which was omitted from the mother’s original protective order application. Such evidence may include portions of correspondence of which the court should be made aware, phone records, and other such documents. By presenting the Court with a “full picture,” the Judge may find that the protective order is unnecessary.

It may be possible to bring a later challenge to a protective order even if the court upholds it initially. Say, for example, that a mother begins contacting the father while the order is still in effect. Under such a situation the father could file a motion with the Court asking that the order be dissolved. If the Court is provided with adequate evidence that the order is no longer necessary, or that the mother is engaging in other inappropriate behavior, then it may be possible to have the order dissolved.

If you have been served with a protective order then you are facing a serious situation. Your liberty is limited, you may be risking your current child custody arrangement, and you will be prohibited from carrying a firearm while the order is in effect. It is important that you contact an attorney immediately. As a Peoria fathers’ rights lawyer I handle such situations. Contact my office today. In addition to Peoria, I service the cities of Bloomington, Eureka, Galesburg, Morton, Normal, Pekin, Springfield, and Washington. I also serve the counties of Fulton, Knox, LaSalle, Marshall, Mason, McLean, Putnam, Rock Island, Schuyler, Stark, Tazewell, and Woodford.