Defending Against Burglary Charges At Trial In Peoria, Illinois 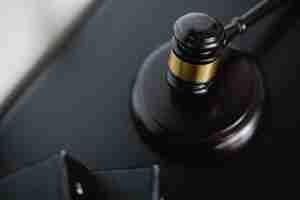 This is the next post in a series of articles about defending against burglary charges in Peoria, Illinois. My previous post discussed how violations of the Fourth Amendment by law enforcement may provide a possible defense against burglary and any associated criminal charges. Evidence identified by police during an illegal search can potentially be excluded from the case. Depending on the other evidence available, the exclusion may lead to dismissal of the charges completely. In this post, I will explain what a defendant should expect at a burglary trial. Understanding the trial process can help prepare the accused for what to expect should the case proceed to trial. If you have been arrested on such charges then contact my office today to speak with a lawyer.

Defendants in Illinois burglary cases are entitled to a trial by jury. The first step in the process is selecting the jury from members of the jury pool. Both the prosecutor and the defense attorney are given the opportunity to question, challenge, and remove potential jurors whom they feel cannot be impartial. Jurors may not be disqualified based on race, ethnicity, gender, or other discriminatory reasons. Once the final jury is empaneled, the lawyers for each side will make opening statements, which provide an overview of the key elements of the prosecution and defense to the jury and the Judge. The prosecution presents its case first, submitting evidence and witness testimony. Once concluded, the defense presents its case. Each side may cross-examine the other’s witnesses during this process. The prosecution will have an additional chance to present evidence or rebut evidence presented by the defense. The prosecutor and defense counsel will then make their respective closing statements to the jury, after which the jury will deliberate and render their verdict.

Burglary trials can involve complicated facts and evidence. Because burglary charges are necessarily tied to other underlying charges, the prosecution and defense attorney will likely focus significant attention on presenting or refuting evidence in connection with such charges. As discussed in the previous post, defending against the accompanying charge may impact the burglary charge as well. For instance, challenging forensic evidence placing the accused at the scene of the crime or proving that the accused had a valid alibi during the event may become extremely important. Proving that the defendant could not have committed the underlying offense may lead to the dismissal of the burglary charge. This type of evidence may involve intricate legal and factual theories. Like other criminal trials, the attorney’s ability to clearly and effectively communicate this information to the jurors is essential. An experienced criminal defense attorney will be skilled in explaining the evidence in terms understandable to jurors to build a successful defense.

I am a former prosecutor with over twenty years of experience representing Peoria residents. If you have been arrested on burglary and related charges, contact my office to speak with a criminal defense lawyer. In addition to Peoria, I serve clients in the cities of Bloomington, Eureka, Galesburg, Morton, Normal, Pekin, Springfield, and Washington. I also serve the counties of Fulton, Knox, LaSalle, Marshall, Mason, McLean, Putnam, Rock Island, Schuyler, Stark, Tazewell, and Woodford.