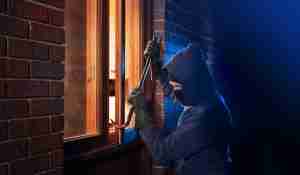 This is the first post in a series of articles discussing defending against burglary charges in Peoria, Illinois. Burglary is a serious criminal offense that, despite the common use of the term, confuses many Illinois residents. Most people believe burglary is interchangeable with robbery and assume that a person who is convicted of burglary has stolen something from another. This is not the case. The goal of this series is to provide information about burglary offenses and discuss defending against such a charge. Another goal is to provide information to help a person facing such charges select an experienced attorney to represent their interests. If you have been charged with burglary, contact my office to speak with a lawyer.

This series will focus on several key points, including:

If you have been accused of burglary, it is important to understand the charges against you and all potential defense strategies for a variety of reasons. First, it is not uncommon for one charged with burglary to be surprised by the allegation because the legal definition of the offense differs from public perception. Illinois law defines burglary as entering or remaining in a structure without permission with the intent to commit a crime inside. One should understand the legal definition and the various elements of the crime. Second, burglary is a felony offense and carries significant criminal penalties. At a minimum, one faces potential incarceration of three years, which may be enhanced depending on the type of building involved or other aggravating circumstances. Third, given the nature of the offense, burglary is often accompanied by charges for related criminal activity. Given the potential for additional punishment, it is imperative to defend oneself against all allegations. Fourth, as in other criminal actions, law enforcement officers must comply with certain rules regarding searching suspects and seizing evidence. Violations of a defendant’s Fourth Amendment rights may lead to the exclusion of the illegally seized evidence. Finally, should the case proceed to trial, one should know what to expect throughout the proceeding.

If you have been charged with burglary, it is imperative to consult with counsel as soon as possible. Contact my office to speak with a Peoria defense attorney. In addition to Peoria, I serve clients in the cities of Bloomington, Eureka, Galesburg, Morton, Normal, Pekin, Springfield, and Washington. I also serve the counties of Fulton, Knox, LaSalle, Marshall, Mason, McLean, Putnam, Rock Island, Schuyler, Stark, Tazewell, and Woodford.