Beginning A Divorce In Peoria, Illinois 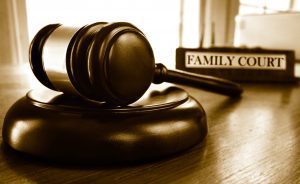 This is the next post in my series on the process of litigating a divorce in Peoria, Illinois. My last article provided an overview of topics which I will be addressing. It also stressed the need to discuss your situation with an attorney as soon as possible. It is important to speak with counsel sooner, rather than later, due to the fact that the end of a marriage will impact your financial future. In this article I will discuss the process of beginning a divorce. If you or a loved one are in need of assistance then contact my office today to speak with a lawyer.

The process of beginning a divorce begins when one party files a Complaint with the Court. This is a formal document in which one states the reason for which they wish to obtain a divorce, how they believe the Court should divide any assets and debts, and how child custody and support should be awarded. The Complaint will be served on the responding spouse. The responding spouse will then file an Answer in which they will state which aspects of the Complaint, if any, they disagree with. The Answer will also state how the respondent believes the Court should rule on various issues. Shortly after the Answer is filed, one party will typically file a Motion for Temporary Orders. This is a request for the Court to issue a temporary ruling in regards to financial responsibilities, possession of property, child custody, etc. Again, this ruling would only be temporary. It is meant to provide the parties with a sense of stability while the case is moving forward.

The Court will hold a hearing on the aforementioned Motion shortly after it is filed. This hearing is not a trial. It is a time at which the attorney for each side will argue as to how the Court should rule on the Motion. The Court will then issue an order, which must be followed until the case is concluded. If a settlement between the parties is possible, then they may also wish to attend a mediation during the early stages of the case. If a settlement can be reached, through mediation, then the spouses can save a great deal of time, money, and aggravation.

The Court will set a trial date. The purpose of trial will be to complete the case and resolve all outstanding issues. It will be necessary for your attorney to conduct discovery (the process by which information is gained from the other side in a lawsuit) prior to trial. I cannot stress enough the fact that litigating such matters is a complicated process. As a Peoria divorce lawyer, I am able to assist with such matters. My office prides itself on providing quality service and I am ready to assist you. Contact us today.